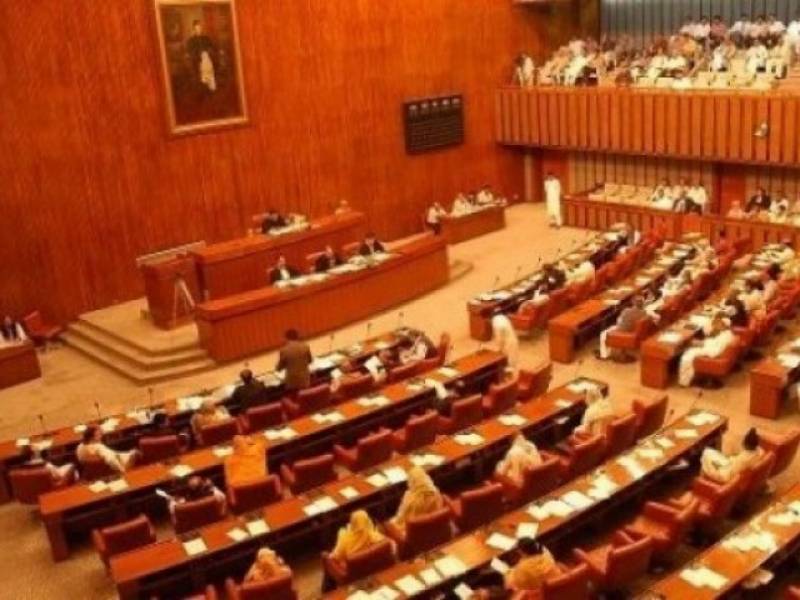 ISLAMABAD: Minister for Law Zahid Hamid informed Senate that Pakistan is committed to provide humanitarian assistance to Rohingya Muslims to alleviate their sufferings.

He was concluding discussion on the persecution, massacre and genocide of Rohingya Muslims and their forced exile from their homeland.

He said the plight of Rohingya Muslims continues to be a challenge to the conscience of the International community.

He said the cabinet has adopted a resolution against violence on Rohingya Muslims.

Zahid Hamid said the Ambassador of Myanmar was called to the Foreign Office to convey our concerns and register a strong protest about the ongoing discrimination against the Rohingya Muslims.

Law Minister said as part of durable settlement of the problem, the swift implementation of the recommendations of the Kofi Annan Commission was emphasized.

Minister for Law Zahid Hamid said resolution of Kashmir issue is imperative for durable peace in the South Asia.

He was concluding discussion on a motion regarding the situation arising out of the visit by the Indian Prime Minister to the United States and signing of a number of defence agreements between the two countries.

He said Pakistan is committed to resolve all outstanding issues with India through composite dialogue process.

The Minister said that Pakistan will continue to extend moral, political and diplomatic support to Kashmiris in their just struggle for their right to self-determination in line with the United Nations Security Council resolution.

He said any attempt to link indigenous struggle of Kashmiris with the terrorism is totally unacceptable.

Minister for Law Zahid Hamid presented before the House follow up report regarding implementation status of the recommendations of the Senate on US President's new South Asia policy statement and policy guidelines in wake of the emerging regional realities.

The House continued discussion on a motion moved by Shaikh Aftab Ahmed to express gratitude to the President for his address to both the Houses assembled together on 1st June this year.

Taking part in the discussion, the members highlighted different aspects of President's address.

The House will now meet tomorrow at three in the afternoon.