Government employees announce sit - in in front of parliament
13 Oct, 2022 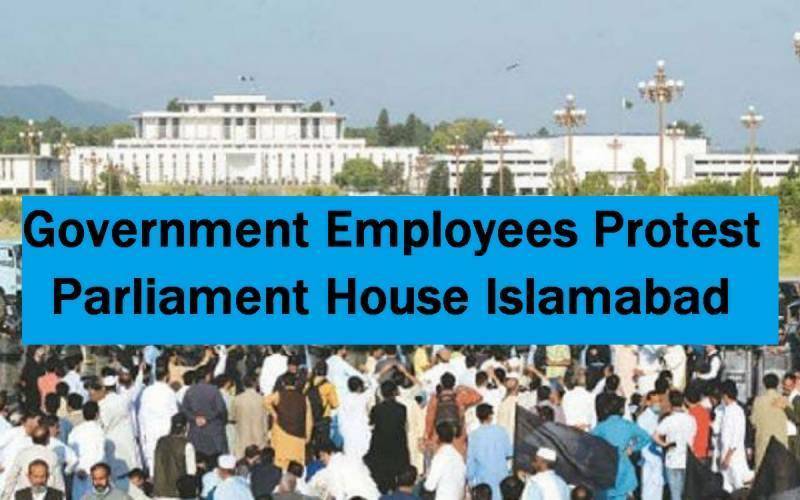 Protesting members of the All Government Employees Grand Alliance (AGEGA) announced to continue their peaceful sit-in in front of the parliament after emerging a deadlock in negotiations with the government on Thursday.

According to the 24News HD TV channel, after a failure of negotiations between civil servants representatives and Interior Minister for State Abdur Rehman Kanju, the gates of the Parliament House were closed and the police force was alerted.

Talking to the media, AGEGA’s chief coordinator Rehman Bajwa confirmed that negotiations with the government have hit a deadlock and said they will not compromise on their demands in any case.

He said the sit-in in front of Parliament House will continue until the issue is resolved as they thought their voice was not being heard in power corridors properly.

Rehman Bajwa said they want the implementation of Pay and Pension recommendations and the elimination of discrimination in salaries. He demanded an allowance for all employees like the Executive Allowances that are being given to officers.

The AGEGA chief demanded the government that a committee should be constituted to make all the ad hoc employees permanent and issued a notification of the upgradation of employees.

He said the salaries of ATV employees have been pending for the last 22 months that should be resolved. He also announced that they were ready to go to jail for their demands without becoming a part of any politics.

He said they did not go to meet Imran Khan despite his invitation for meeting with the trade unions.