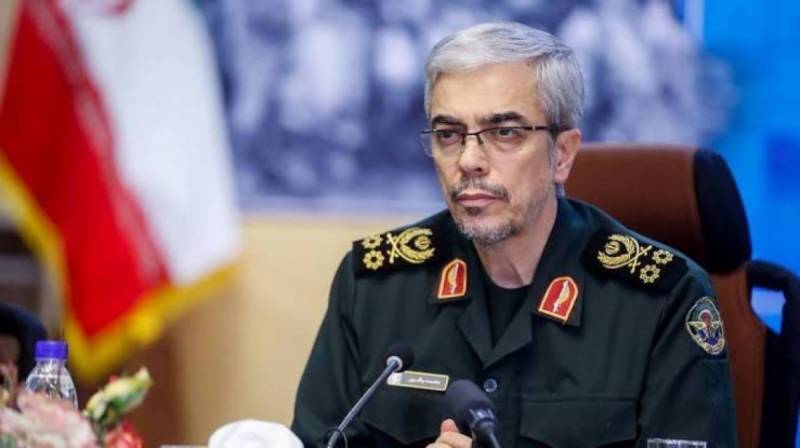 ISLAMABAD – The Chief of Staff of the Iranian Armed Forces Major-General Mohammad Bagheri on Tuesday arrived in Pakistan on a crucial tour amid a developing situation in Afghanistan.

The Iranian general is accompanied by a high-ranking military and security delegation that landed at Noorkhan Airport in Rawalpindi, where they were welcomed by Pakistani military officials.

Gen Bagheri will hold meeting with Prime Minister Imran Khan, Chief of Army Staff General Qamar Javed Bajwa, the Joint Chiefs of Staff and some other Pakistani military officials during his visit to Pakistan.

The members of the Iranian delegation will visit Karachi and Pakistan’s eastern border.

The visit of the Iranian military delegation marks a new stage in strengthening the military, defense and security relations between the two neighbouring countries, said Iranian media.