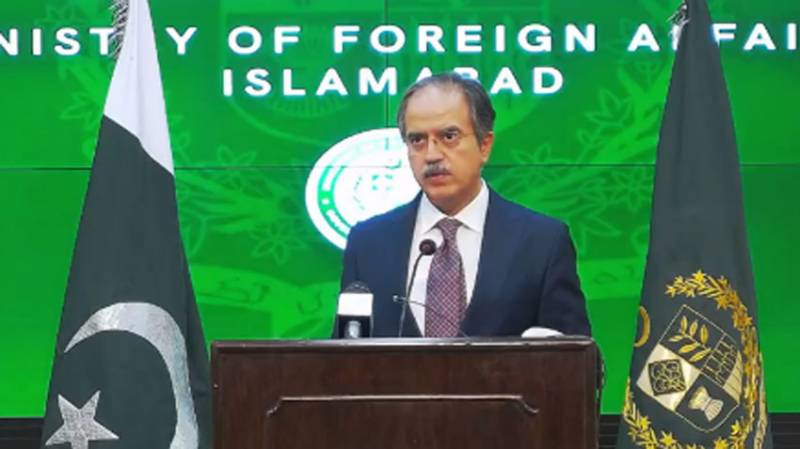 Pakistan says that the Kartarpur Corridor is a shining example of our efforts to promote interfaith harmony and is reflective of the primacy Pakistan accords to religious minorities in the country.

Addressing a weekly press briefing in Islamabad, Foreign Office Spokesperson Asim Iftikhar said the Corridor is open from its side and India is also expected to allow the Sikh pilgrims desiring to attend the upcoming birth anniversary celebrations of Baba Guru Nanak on Wednesday.

He said that Pakistan also commemorated the second anniversary of opening of the Kartarpur Corridor-dubbed the ‘Corridor of Hope’ by the UN Secretary-General.

The spokesperson also expressed grave concern over the systematically persecution of minorities in India, particularly Muslims under the Hindutva-driven ideology of the BJP-RSS combine.

Regarding the situation in Indian Illegally Occupied Jammu and Kashmir, the spokespersons condemned killing of two more Kashmiris by Indian occupation forces yesterday.

He said twenty one Kashmiris have been martyred in fake encounters and so-called “cordon and search operations by Indian forces in IIOJK since first of last month.