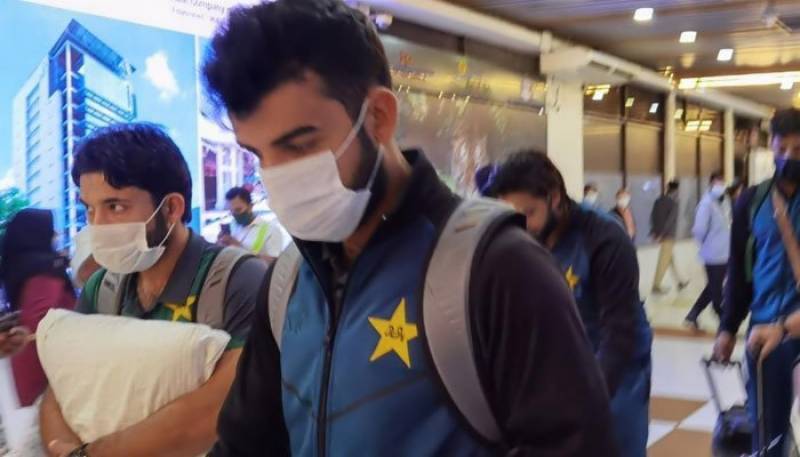 DHAKA –Pakistan cricket team arrived in Bangladesh in the wee hours of Saturday for a T20 and Test series against the home side starting November 19.

Captain Babar Azam and all-rounder Shoaib Malik will join the squad in Dhaka on November 16, the Pakistan Cricket Board (PCB) said in a statement. The national squad will start practice after spending one day in quarantine.

The PCB had announced the team for the Bangladesh series retaining the squad that played the ICC T20 World Cup, except for Mohammad Hafeez who requested the team management to be left out, allowing opportunities for young players to participate.

As such, Iftikhar Ahmed, who is in good form, was added to the middle-order that also includes Haider Ali and Khushdil Shah.

Pakistan squad for the two Tests, which will be played from 26-30 November and 4-8 December in Chittagong and Dhaka, respectively will be announced in due course. T20 squad