Indian doctor who treated Mohammad Rizwan stunned at the fast recovery of the Pakistani player from ICU
13 Nov, 2021 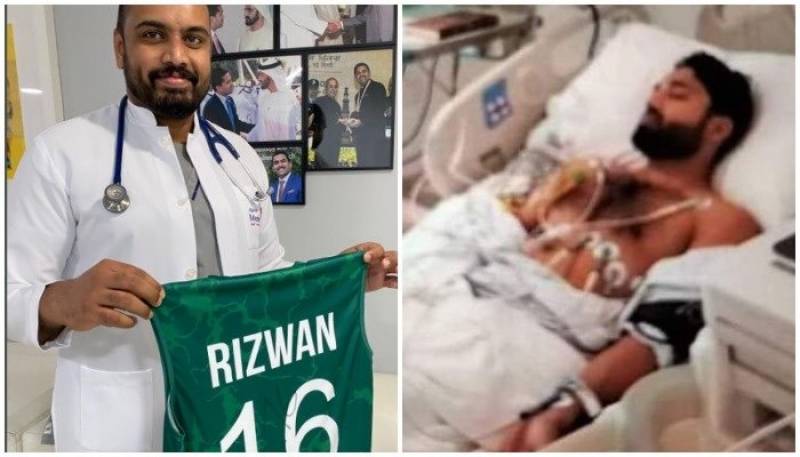 Pakistani star batsman Mohammad Rizwan has been winning hearts by playing a fabulous innings at the T20 World Cup semi-final in Dubai despite being ill.

The wicketkeeper-batter smashed 67 runs off 52 balls with the help of four sixes and three boundaries, as Pakistan set a challenging 177-run target for the Aussies.

Before the semi-final clash, Rizwan was down with the flu and spent two nights admitted to a Dubai hospital, where he was kept in the Intensive Care Unit (ICU).

He reportedly had developed a severe chest infection and was given special medical attention.

The Indian doctor, who treated Rizwan at the hospital was surprised at the quick recovery made by the seriously ailing cricketer, reported Khaleej Times.

“Mujhe khelna hai, team k sath rehna hai,” (I want to play and be with the team), the publication quoted Rizwan as telling the doctors.

Pulmonology specialist Dr Saheer Sainalabdeen said that Rizwan had a “strong desire” to play for his country in the crucial fixture.

“He was strong, determined and confident. I am astonished at the pace he had recovered,” the doctor said.

According to the doctor, recovery and gaining fitness before the match with the severity of Rizwan’s medical condition seemed unrealistic and anyone else would have taken around a week to recover in this condition.

He further stated that it was Rizwan’s physical fitness and endurance level that helped him recover at this pace.

After getting discharged from the hospital and declared fit, Rizwan gifted a signed jersey to Dr Sainalabdeen as he expressed gratitude towards the doctor and his team.