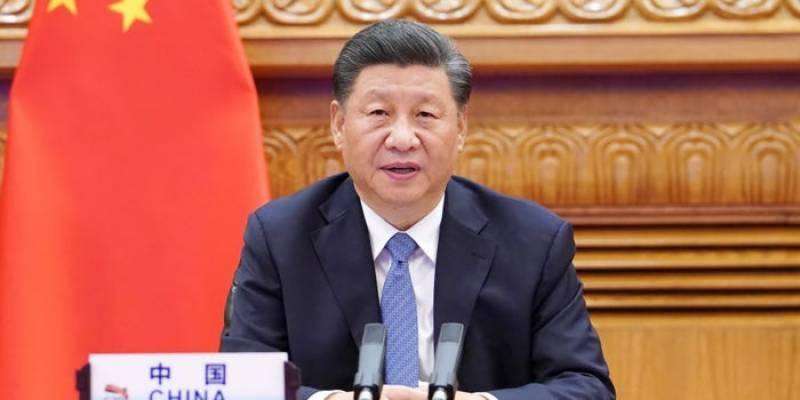 BEIJING – The Chinese Communist Party (CCP) approved a "historical resolution", extending the power of President Xi Jinping and elevating his status in the political history of the country.

The document, which provides a summary of the party's 100-year history, puts light on the party’s key achievements and future directions.

It was only the third of its kind in the 72-year history of China as only Mao Zedong and Deng Xiaoping had previously achieved the same feat.

The resolution was passed on Thursday at the sixth plenary session of CCP.

A summary of the meeting published by state media heaped praises on Xi for his "original new ideas, thoughts, and strategies on national governance".

The officials of the communist party addressing a press conference on Friday also praised President Xi for his policies.

"As long as we uphold Comrade Xi Jinping as the core... the giant vessel of Chinese rejuvenation will have a helmsman and will be able to brave any storms," Jiang Jinquan, the head of the CCP's policy research office, told reporters.

The CCP’s meeting held over four days this week and attended by hundreds of top officials. The CCP's 20th congress meeting will take place in the second half of 2022.

There, Xi Jinping is expected to seek an unprecedented third term as China's president.