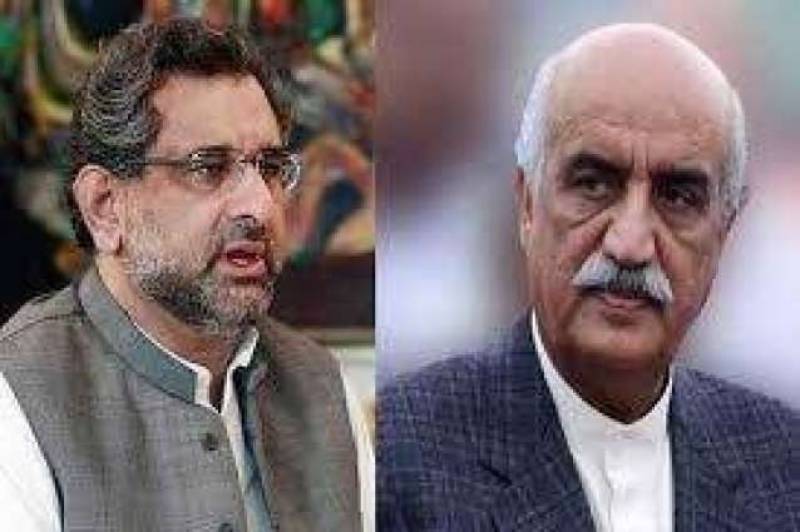 ISLAMABAD - Prime Minister Shahid Khaqan Abbasi and Leader of Opposition Khurshid Shah have agreed to the name of the caretaker prime minister.

Reliable sources have revealed that former Chief Justice of Pakistan Justice (R) Tassaduq Hussain Jilani is the top choice for both the government and the opposition.

Reaching a consensus on the important matter when the incumbent setup is left with almost two weeks in power indeed demonstrates the political maturity and willingness of the political parties to take forward the democratic setup. It will also send a positive signal to the masses that the political parties can sit together and sort out the issues amicably.

Though the name of the caretaker PM has so far been kept under the wraps but it has been learnt that Opposition Leader Khurshid Shah will announce the name on 15th May after a formal meeting with Shahid Khaqan Abbasi. We expect that a well-regarded, apolitical and non-controversial figure will be nominated for the important slot in order to avoid any controversies and hullabaloos before, during and after the general election.

Similarly, it is important that before announcing the name of the caretaker PM, the Opposition Leader also takes into confidence other opposition parties so that reservations if any could be addressed well in time in order to ensure a smooth and controversy-free installation of the caretaker setup. Same formula of bringing consensus candidates applies on the provincial governments. Then, as the political activities will go in full gear in the run up to the election, responsibility rests with the political parties to uphold higher democratic values.

Instead of mud-slinging, they should present their past performance and future programs before the masses as ultimately these are the voters who have to decide their fate. Whilst a fierce political and election fight is the beauty of democratic process but resorting to direct campaign will only undermine the electoral process.