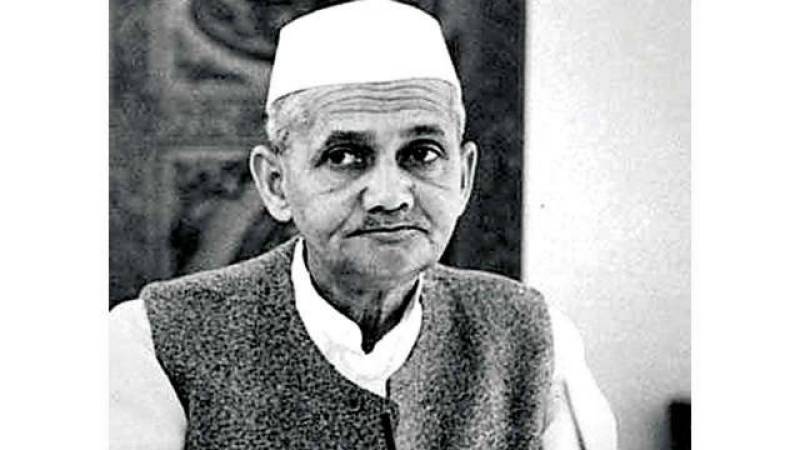 NEW DELHI - Five decades after the sudden death of the Indian PM Lal Bahadur Shastri in former USSR, speculations have been raised that he might have been mysteriously killed by Indian military establishment for signing Indo Pak war pact.

The Central Information Commission has directed the Prime Minister's Office and the ministries of external affairs and home to make public the records of the Raj Narain committee, constituted in 1977 to look into the mysterious death of the then prime minister Lal Bahadur Shastri in 1966, PTI has reported.

The committee was reportedly constituted by the Janata Party government to look into the circumstances surrounding the death of Shastri on January 11, 1966 in Tashkent, hours after signing a declaration with Pakistan President Muhammad Ayub Khan post-1965 Indo-Pak war. The records related to the committee are reportedly untraceable, the commission noted. Information Commissioner Sridhar Acharyulu also directed the PMO, the MEA and the MHA to publish the statement of categories of documents regarding the death of the second prime minister of the country that are available with them."The public authorities referred above have a constitutional duty to inform and the people have legitimate expectation to know the truth behind the death of their beloved leader. More so, it is the primary responsibility of the PMO to inform the people what happened to late Lal Bahadur Shastri, who once was its head," he said.

Acharyulu's directive came on an RTI application seeking to know from the Home Ministry whether Shastri's body was brought to India for cremation or he was cremated in the then USSR and copy of the post-mortem. Shastri died in Tashkent where he had gone for talks with the Pakistan President moderated by Soviet premier Premier Alexei Kosygin. Although he reportedly died from a massive heart attack, questions were raised on the circumstances of his death on foreign soil when cold war was at its peak. The conspiracy theories were further fuelled after the central government started denying documents, under the RTI Act, related to his death calling them secret and disclosure prejudicial to the interests of the country.

The CIC in 2011 while hearing a separate case had directed disclosure of 11 pages related to the death of Shastri but allowed withholding one document of the External Affairs Ministry which had reference to 'Mukti Bahini'. The Home Ministry had transferred the present application of Navdeep Gupta to the National Archives of India (NAI).

During the hearing, the Central Public Information Officer (CPIO) representing the NAI told the commission that the information may be with MEA, Indian Embassy in Russia, MHA or some other authority."The CPIO stated that except information of some news clippings they do not have any authentic document on Late PM's death or post-mortem," Acharyulu noted. While researching on the subject, Acharyulu found an article which had claimed an inquiry committee under Raj Narain was formed by erstwhile Janata Party government in 1977. It was also reported that two crucial witnesses -- the personal physician of Shastri R N Chugh and his personal servant Ram Nath --died in road accidents when they were coming to depose before the committee. The article had claimed that the records related to the committee were not available even in the Parliament library.

Taking note, Acharyulu asked the PMO, MHA and MEA to look for the records related to the committee. He recommended the Parliament Secretariat to search in their library whether any records regarding the inquiry committee could be retrieved and if they are traced, they should be transferred to the NAI. "The Commission considers that these offices (PMO, MHA and MEA) especially that of MHA require to make a fresh effort to trace the details about Raj Narain inquiry report or related documents and tell the nation what was inquired and found," Acharyulu said.

He also directed the PMO, MEA and MHA to disclose records, including 11 pages related to the death held by Cabinet Secretariat which were earlier ordered to be disclosed by the CIC, pertaining to the issue.Acharyulu said that if any of these public authorities feel that some records may be secret and confidential attracting exemption clause of Section 8(1)(a) of the RTI Act, they must produce it in a sealed cover before it to adjudicate whether assumptions are correct or not. "This RTI request is an effort of a citizen to know information regarding the 'truth' behind the death of Lal Bahadur Shastri that cannot be brushed aside," he noted.