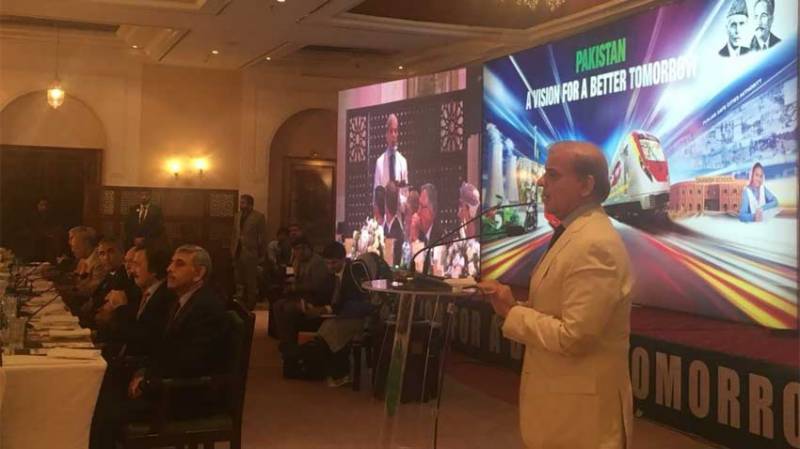 Addressing a gathering of diplomats from several countries in Islamabad today, he said the incumbent government after coming to power took many tough decisions to overcome challenges confronting the nation.

He said we became front line ally in the war against terrorism and the whole world is witnessed to our sacrifices and tremendous achievements in eradicating this menace.

Shahbaz Sharif said a number of development projects are underway under the China Pakistan Economic Corridor.

He said eleven thousand megawatts of electricity were added to the national grid during the last four years and the economy of the country is on a positive upward trajectory.

He said today minorities enjoy equal rights in the country as enshrined in the constitution.

On Foreign Policy, Shahbaz Sharif said Pakistan believes in a policy of peace within and abroad and has always joined hands with the world community in peace efforts in the region and across the world. AP