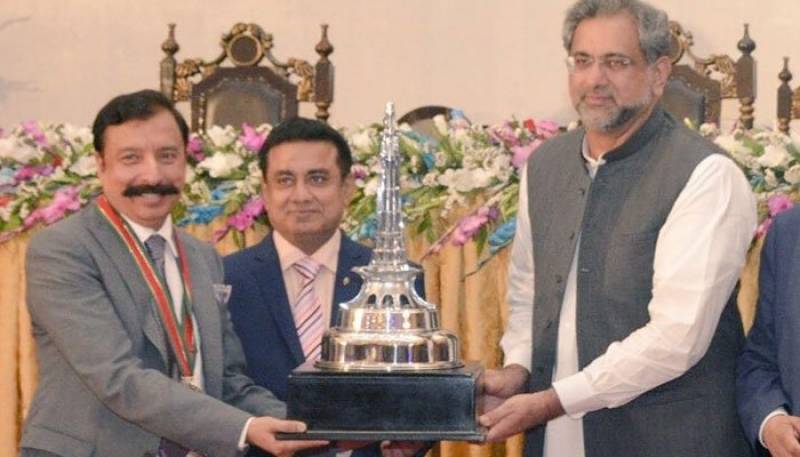 LAHORE - Fawad Rana – the chairman of the Lahore Qalandars – has been conferred with the ‘Pride of Lahore Achievement’ award by the Lahore Chamber of Commerce and Industries.

In a ceremony held in Lahore on Sunday, Prime Minister Shahid Khaqan Abbasi presented Rana with a medal and a glittering emblem of Minar-e-Pakistan.

An earlier letter from Secretary General of LCCI, addressed to Fawad Rana, stated that “this is a sign of your commitment towards the development of the nation.”

The Qalandars chairman expressed his delight at being presented with the ‘Pride of Lahore’ award.