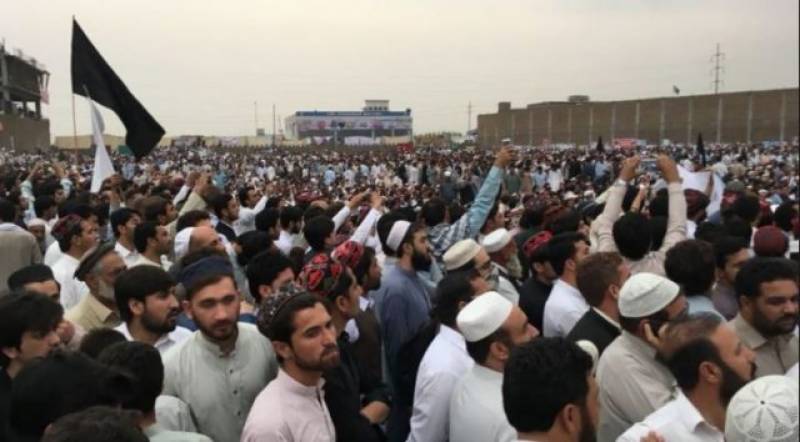 KARACHI: The Pashtun Tahaffuz Movement is gearing up to hold a rally in Karachi tomorrow (Sunday).

PTM founder Manzoor Pashteen was supposed to fly to Karachi where he was expected to address the rally.

The rally is scheduled to be held in Sohrab Goth where Pashtuns reside in large numbers. Karachi is home to hundreds of thousands of Pashtuns.

The PTM has so far held rallies in Peshawar, Lahore and Swat during the last couple of months. It has demanded the release of all missing persons, urged the government to clear land mines throughout FATA and hand over control of security check posts to the police.

Indeed, many of these demands are being discussed. On May 2, for example, the army authorities handed over control of check posts in Upper Dir. A month earlier, in a historic development, the army handed over administrative powers to the civil authorities in Lower Dir where there had been conflict for 10 years.