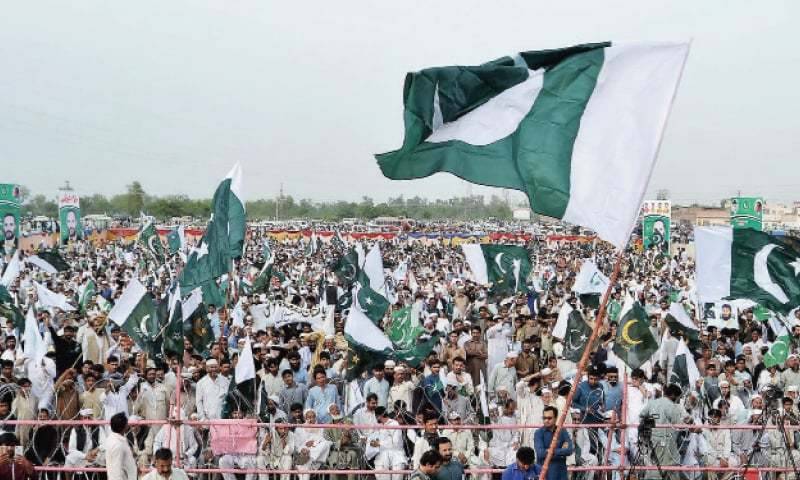 The people attending the gathering carried placards inscribed with slogans in favour of the army. Speaking on the occasion, the speakers said that they will stand side-by-side with Pakistan Army.