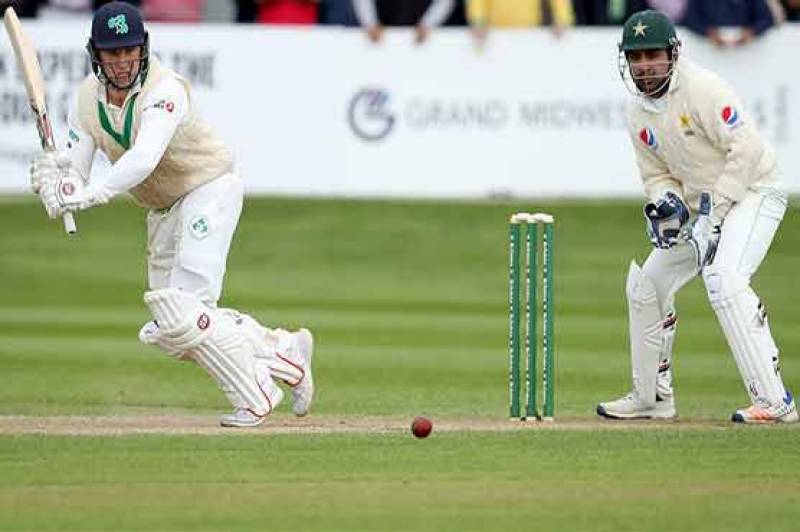 LONDON - Ireland were 64 without loss in their second innings, a deficit of 116 runs, at stumps on the third day of their inaugural Test after being made to follow-on by Pakistan at Malahide on Sunday.

Ireland were batting again after being dismissed for just 130 in reply to Pakistan s first innings 310 for nine declared.

It was the first time Pakistan had enforced the follow-on in a Test in 16 years -- they made New Zealand bat twice in a row on the way to an innings and 324-run win at Lahore in 2002.

Kevin O Brien top scored for Ireland with 40 and Gary Wilson, batting with an injured arm, made a gutsy 33 not out.

Earlier, Pakistan took their score past 300 after resuming on an overnight 268 for six.

Test debutant Faheem Ashraf top-scored with 83 and together with Shadab (55) put on 117 for the seventh wicket.

Tim Murtagh was the pick of Ireland s bowlers with four for 45 in 25 overs.