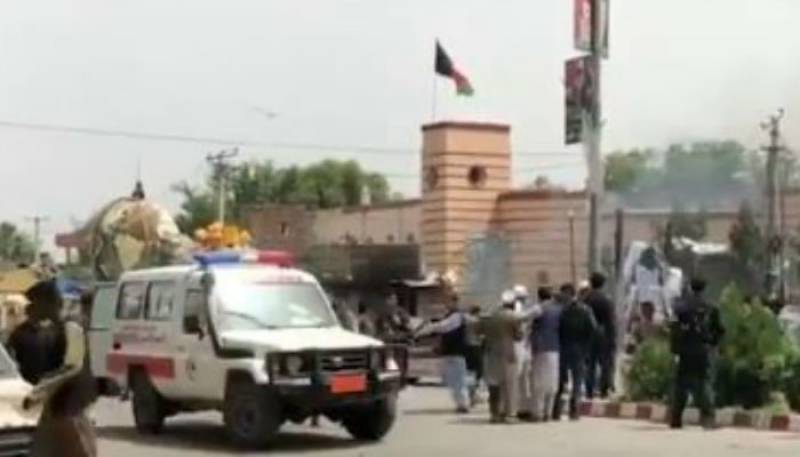 JALALABAD: A gunbattle raged between Afghan security forces and a handful of militants following a series of explosions in the eastern city of Jalalabad on Sunday that killed at least four people and wounded at least 20, officials said.

At least three explosions were heard at the start of what appeared to be a coordinated attack, Attahullah Khogyani, a spokesman for the Nangarhar provincial governor said. The firefight was taking place in a building housing the state accounts office.

At least four people had been killed and 20 wounded, he said.

The militant attack is the latest in a series across Afghanistan this year. Most have been in the capital Kabul, but in January, gunmen attacked an office of aid group Save the Children in Jalalabad, killing at least five people and wounding 25.

In Sunday’s attack, one attacker appeared to have blown himself up at the gate of the building in the center of the city, allowing the gunmen to enter, Sohrab Qaderi, a member of the provincial council, told Reuters. More explosions were then heard coming from inside the building, he added