Multan metro bus falls into sinkhole, so does PML-N claim
13 May, 2018 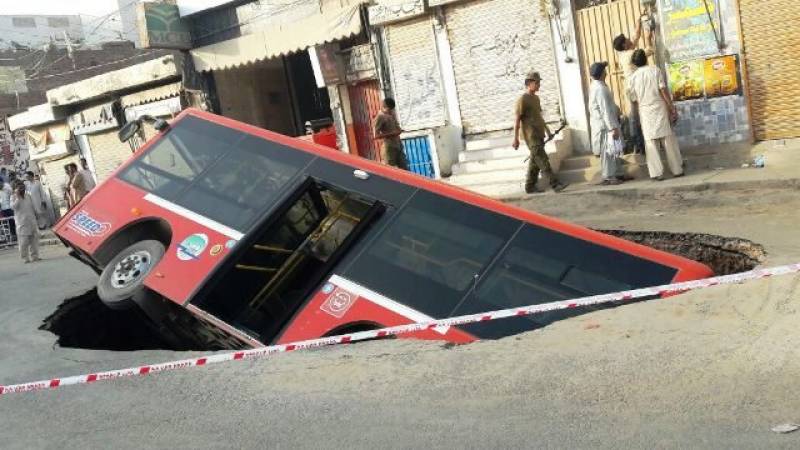 MULTAN: A metro bus fell into a sinkhole in Multan on Saturday, a day after PML-N leadership made tall claims about the quality of development projects in the city.

The bus got stuck after a 10-foot deep sinkhole appeared on Suraj Miyani Road.

The people were evacuated from the bus. No casualties were reported.

The substandard material used for the road construction was the reason for the incident. AFP