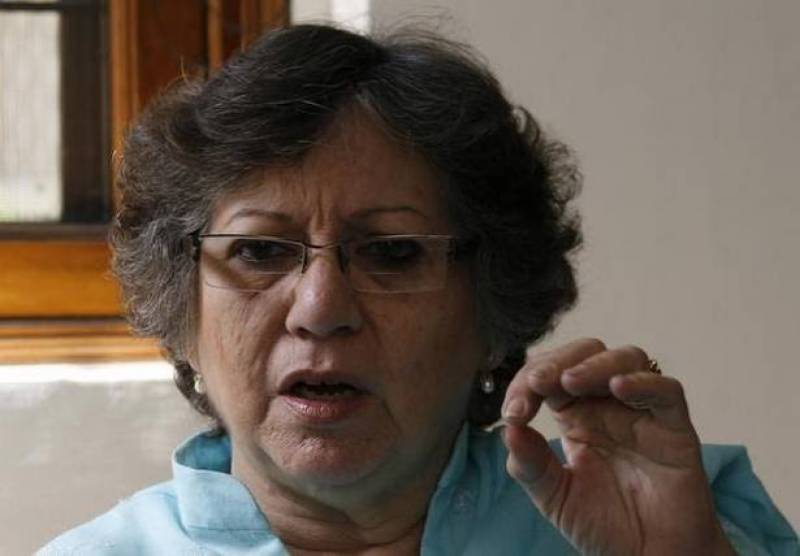 NEW DELHI - India has once again shown it's true colour after a 72 years old Pakistani personality was deported from India.

Eminent Pakistani television and media personality Moneeza Hashmi was withdrawn as a speaker at the 15th Asia Media Summit which concluded on Saturday in New Delhi.

She is the daughter of Urdu poet Faiz Ahmad Faiz, who is celebrated on both sides of the border for his stirring Urdu poetry.

Ms. Hashmi was supposed to speak during the inaugural day of the two-day summit, on May 10th, at a session on ‘Should all good stories be commercially successful?’ along with three other speakers, including popular actor-turned-writer Twinkle Khanna. Her name, however, was missing from the final list of speakers released by the Government of India.

The Ministry of Information and Broadcasting were the co-hosts for the summit along with Asia Pacific Institute for Broadcasting Development (AIBD).

The organisers here have completely denied any knowledge of this last-minute change. Director General, Press Information Bureau Sitanshu Kar told *The Hindu* that he was not aware of the development.

The Indian Institute of Mass Communication (IIMC), which was helming the summit in Delhi, too said that they were not kept in the loop. “We were the co-hosts and the work was divided between us and AIBD. We had sent suggestions on the speakers list but it was AIBD’s call finally on whom to pick,” IIMC Director, KG Suresh said.

Over 200 foreign delegates participated in the summit, spread over two days, and there were 54 speakers who spoke on various issues. But there was no speaker from Pakistan.