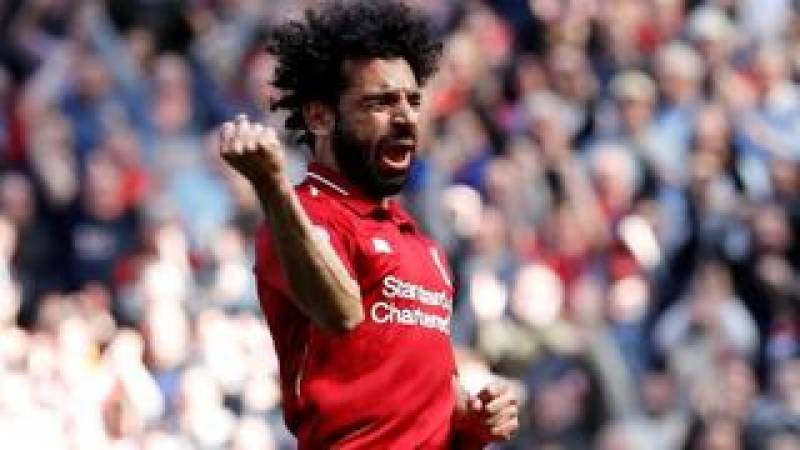 LONDON - Egyptian Muslim footballer Mohamed Salah set a new historic record for the most goals in a 38-game Premier League season with Liverpool’s opener against Brighton and Hove Albion on Sunday.

The Egypt forward swivelled inside the penalty area to fire home with his left foot in the 26th minute, taking his impressive tally in the league this season to 32.

Salah’s strike at Anfield sees him break free of a tie with three of the competition’s legendary names.

Alan Shearer set the bar with 31 goals in the 1995-96 season, the first when the competition was reduced to 20 teams, with Cristiano Ronaldo matching the England striker’s feat 12 years later during his time at Manchester United.

Luis Suarez also reached the same number in the 2013-14 campaign with Liverpool with his last goal for the Merseyside club before he joined Barcelona.