Complete shutdown continues in Pulwama
13 May, 2018 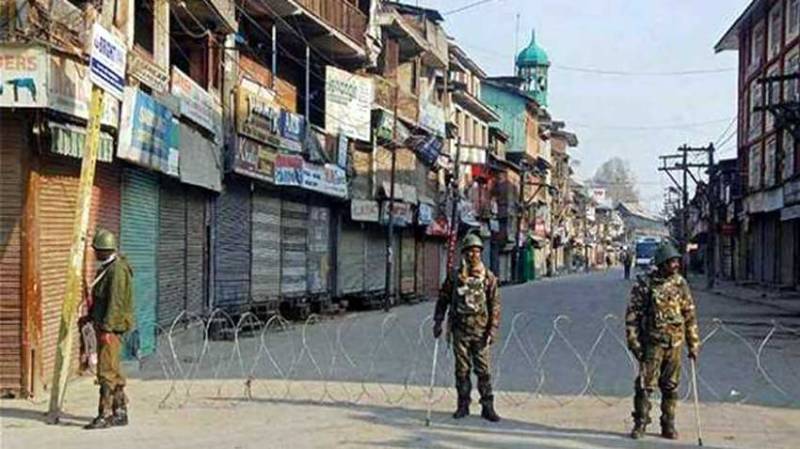 ISLAMABAD: In occupied Kashmir, the Joint Resistance Leadership says a disproportionate war is being fought against the people of Kashmir by the ruling BJP regime at New Delhi, to push them to the wall and break their resolve.

In a statement in Srinagar, Syed Ali Gilani, Mirwaiz Umar Farooq and Muhammad Yasin Malik said the Kashmiris have faced Delhi’s ruthless military might for the last three decades with steadfastness and commitment.

They termed the Indian Army Chief, Bipin Rawat’s recent assertion that ‘freedom is not possible as Kashmiri youth cannot fight army’ as an admission that military force would continue to be used by India to repress people and commit grave human rights violations in the occupied territory.

Meanwhile, complete shutdown continued in Pulwama for the seventh consecutive day, today, against the recent killings of the youth by the Indian troops.

On the other hand, a soldier of Indian Central Reserve Police Force was killed in an attack at Chinar Bagh Mohalla Takiya in Pulwama district. AFP