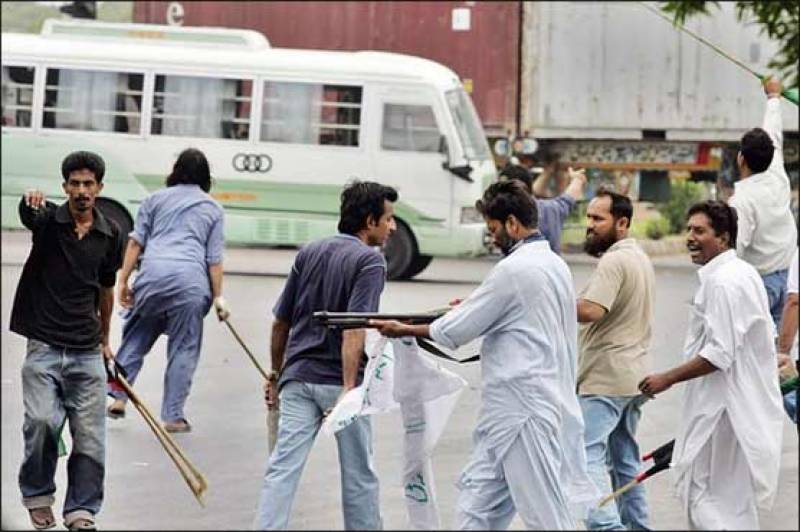 ISLAMABAD: Chief Justice Mian Saqib Nisar has sought the record of May 12 case on Saturday.

The top judge of the country heard the case in the  Karachi Registry of the Supreme Court.

The chief justice asked Barrister Faisal Siddiqui if any investigation into the case was held. The counsel replied that the case is pending before the Sindh High Court.

“Give us the case number and we will review it ourselves,” Nisar remarked.

The CJ further remarked that 12 May was a sad incident.

Earlier, prayers were offered for the victims of the incident.

At least 35 people, including workers of political parties and two lawyers, were killed in violent clashes across the city on 12 May 2007.

He remained confined to the Karachi Airport’s lounge and returned to Islamabad without visiting the city. AP