Aizaz inaugurates remodelled Consular Wing of the Embassy of Pakistan, Washington DC
13 May, 2018 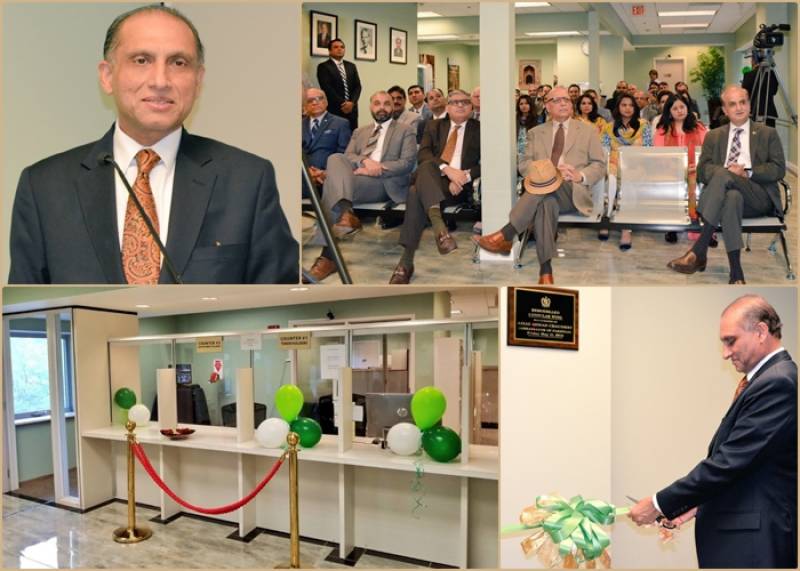 ISLAMABAD: Pakistan Ambassador to US,  Aizaz Ahmad Chaudhry has inaugurated remodelled Consular Wing of the Embassy of Pakistan, Washington DC in an impressive ceremony today, 11 May 2018.

In his opening remarks, Ambassador Aizaz Chaudhry underscored the importance he accorded to consular facilitation from the day he assumed the post of the Ambassador to the US. He recounted different steps taken by the Embassy & four Consulates for improvement of consular services.

While speaking on the occasion, Ambassador Chaudhry reiterated the high importance of consular services as face of Pakistan's diplomatic effort in the US and implementation of service-oriented vision for public dealing by Pakistan Missions in the United States.

Towards the end of inaugural ceremony, Ambassador Chaudhry appreciated the positive feedback from the visitors on substantive improvement in consular facilities & services and also commended the spirit of service shown by Embassy's staff & those in four Consulates of Pakistan in the US. AP