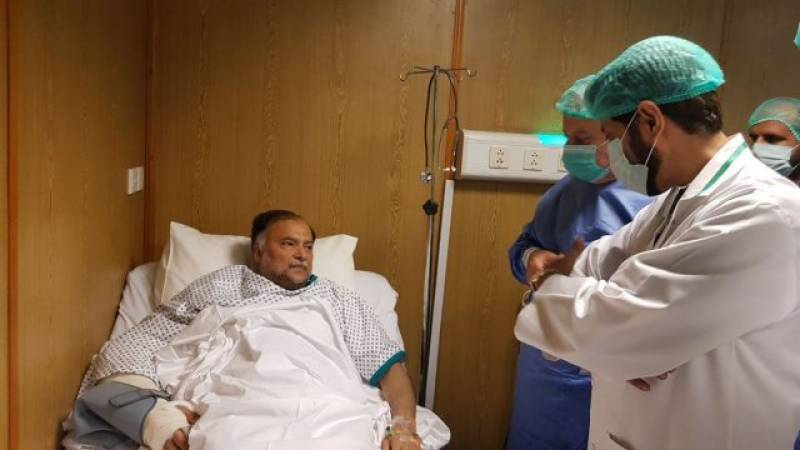 ISLAMABAD: Interior Minister Ahsan Iqbal took his first steps since suffering a gun attack during a rally in Narowal.

Interior Minister Ahsan Iqbal was injured as he was shot after a political gathering of PML-N in Narowal on 6th May.

He was rushed to a hospital in Narowal and was later shifted to Services Hospital in Lahore.

Ahmed Iqbal, son of Ahsan Iqbal, said that the doctors have declared his health as satisfactory and is eating normal food.

“We hope that the doctors will allow specific people to meet my father from Sunday,” he said.

The minister’s son added the decision regarding his father’s discharge will be taken on Monday.

“The treatment of my father will take place in Pakistan only.”