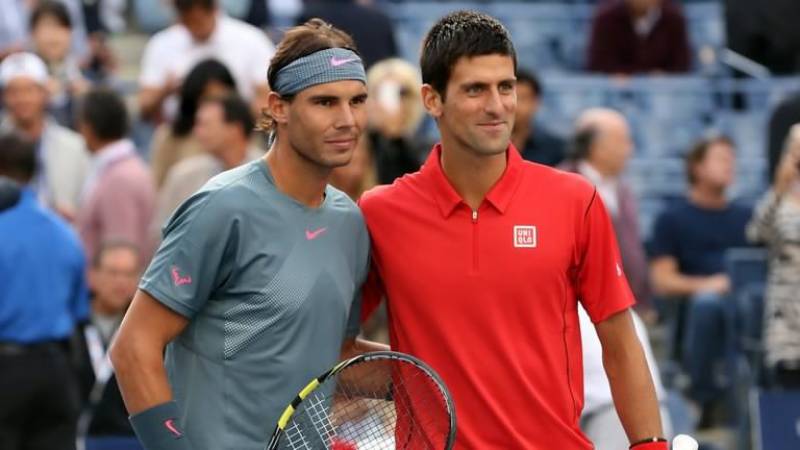 MADRID: Rafael Nadal snapped a seven-match losing streak against Novak Djokovic in commanding fashion as he romped into the final of the Madrid Masters 6-2, 6-4 on Saturday.

The Spaniard looks in ominous form with just over two weeks to go till the start of the French Open as he stretched his perfect record on clay this season to 14-0 with a dominant display.

Nadal will look to seal his fifth title in Madrid in Sunday´s final against Dominic Thiem or Pablo Cuevas.

An open era record 50th meeting between Nadal and Djokovic served to highlight the Serb´s dramatic dip in form since they last met in Rome almost exactly a year ago.

Djokovic´s straight sets win in that encounter meant he had won his last 15 sets stretching back to the 2014 French Open final against the 14-time Grand Slam champion.

However, that run was emphatically ended as Nadal, willed on by a fervent home support including Cristiano Ronaldo in the VIP boxes, made the perfect start by breaking the Djokovic serve to love.

Indeed Djokovic could only muster four points in the opening four games as Nadal raced into a 4-0 lead.

He did salvage some pride by seeing off more pressure on his serve to at least hold twice and force Nadal to serve out to take the first set in 40 minutes.

Djokovic was playing his first tournament in Madrid since parting company with his long-term coach Marian Vajda.

And on this evidence he needs new guidance as quickly as possible if he is to defend his French Open title as two more forehand errors gifted Nadal another break at the start of the second set.

Djokovic showed his resistence of old to break back when Nadal netted after being stretched out on the backhand side to level at 2-2.

But his fight back was temporary as he handed the break straight back as he fired wide with a backhand after a brilliant Nadal passing shot had set up a fresh break point opportunity.

Again Djokovic´s level improved as the set wore on to make Nadal serve it out.

Nadal was forced to save a break point with a drop shot Djokovic couldn´t get back over the net and when he then fired long with a volley, Nadal sank to his knees in celebration.

Victory also ensured Nadal closes the gap on Djokovic´s lead in their head-to-head record to 26-24.