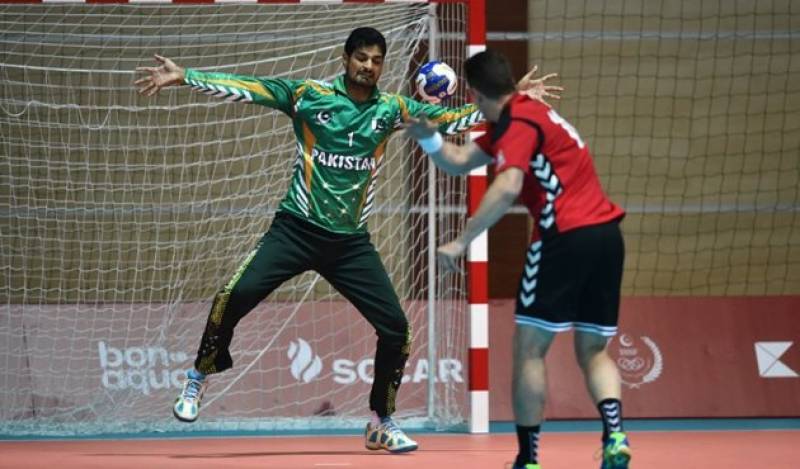 Pakistan and Azerbaijan both ended their Islamic Solidarity Games men’s handball tournament on a positive note in Baku on Friday as they each triumphed in their fourth and final games.

After easily dealing with Pakistan (43-36) in their opening game, the Azeris fell to Saudi Arabia (31-38) and Algeria (22-35) before taking some consolation against Morocco.

Despite Abderrahim Anour’s efforts, including a superb double save, the north Africans headed into the break with a 15-10 deficit as Sabir Nazaraliyev was in clinical form for the hosts with six first half goals.

The 30-year old left back added four more to his tally in the final 30 minutes to ensure fifth place for the Azeri hosts.

“We have a hard working team but we didn’t have much time to prepare as a lot of our players come from abroad.

“Honestly, I felt like we could have done more but, all things considered, especially the odd red card against us in the previous game, it’s not that bad of a result”, he added.

Earlier in the day, Pakistan looked fresh and, thanks to Hazrat Hussain’s ten goals, convincingly beat Jordan 33-31, after going into the break with a four point lead (18-14).

Jordan battled hard as experienced Ahmad Almousa’s 10 goals and keeper Khaled Ali’s saves kept the side in the game at 32-31 after 59 minutes.

But it proved to be not enough as Pakistan’s chalked up its first and only win of the tournament.

In the semi-finals on Saturday, 2005 silver medallists Saudi Arabia lock horns with Iraq while Turkey, another nation widely tipped to progress to the latter stages, take on Algeria. – AFP