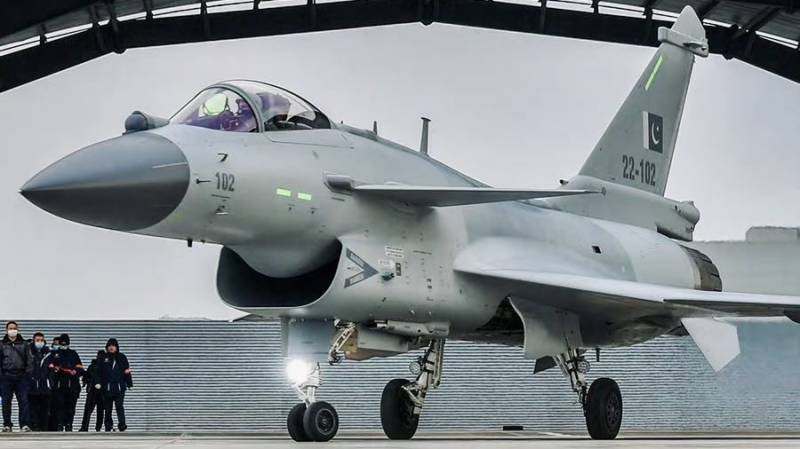 BEIJING: The official commissioning of China’s new generation, main battle aircraft into the Pakistan Air Force marks the systematized, organic export of such aviation equipment by China, and is yet another major milestone in the export of China’s advanced aviation equipment, the Global Times learned from the aircraft’s maker, state-owned Aviation Industry Corporation of China (AVIC), on Friday.

With the delivery of the J-10CEs, China and Pakistan opened a new chapter in aviation defense cooperation, and it will significantly contribute to the further deepening of the China-Pakistan All-Weather Strategic Cooperative Partnership, (AVIC) said.

“Pakistan is a traditional and important partner of Chinese aviation arms products”, AVIC said, noting that the country not only commissioned the J-6 fighter, the J-7 fighter and the Q-5 attacker, it also joined China’s development of K-8 basic trainer. In the 21st century, facing new combat environment and the international market, China and Pakistan jointly developed the FC-1, an all-weather, single-engine, lightweight, multi-role fourth generation fighter jet also known as the JF-17.

It excels at systematic, cooperative combat, is capable of striking multiple targets from beyond visual range under complex electromagnetic environment, and can deliver precision attacks on ground targets with multiple guidance modes.

The J-10CE is not only more powerful than the lightweight JF-17 because of its bigger size, it is also more powerful than Pakistan’s old US-made F-16 fighter, Shi Hong, Executive Chief Editor of the Chinese magazine, Shipborne Weapons, told the Global Times in a previous interview.

It can rival the Rafale fighter jet that recently entered service with the Indian Air Force, Shi said. Pakistan’s J-10CE will not replace the JF-17, but form a combination, leading to higher combat capabilities, Shi pointed out.

The J-10CE is not the only advanced weapon system China has delivered to Pakistan recently, as the Pakistan Navy in January inducted its first Type 054A/P frigate.

“This demonstrates that defense cooperation between China and Pakistan is going even wider and deeper, and the large-scale adaptation of Chinese equipment by all Pakistani military services will significantly boost their combat capabilities,” Shi said, noting that a more powerful Pakistan military can better safeguard the shared interests of the two countries in the region.