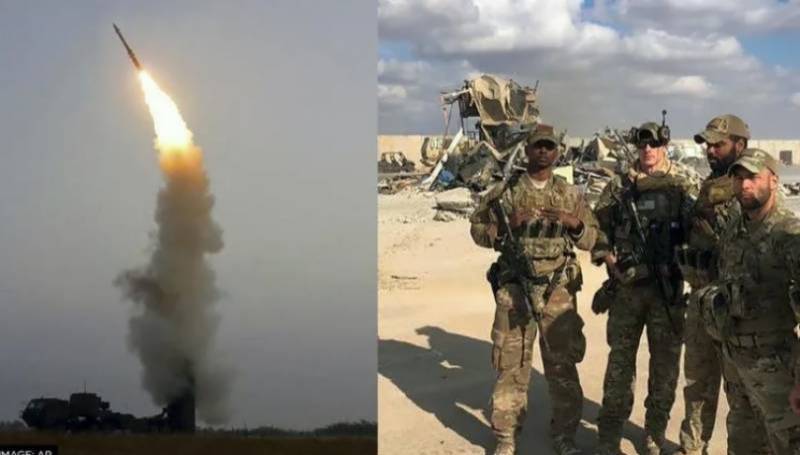 Twelve ballistic missiles" fired from outside Iraq on Sunday targeted the capital of autonomous Iraqi Kurdistan, Arbil, and the US consulate there, Kurdish security forces said.

"The missiles were fired outside the borders of Iraq and Kurdistan, (coming) more precisely from the east," a press release from the Kurdistan counter-terrorism unit stated.

The attack caused some material damage but no casualties, it added.

US interests and coalition troops in Iraq have regularly been targeted in rocket and armed drone attacks.

They have never been claimed, but Western officials have blamed them on hard-line pro-Iran factions demanding the departure of US troops.

Iran shares a long eastern border with Iraq, and wields considerable political and economic influence with its neighbour.

Washington said there was "no damage or casualties at any US government facility".

"We condemn this outrageous attack and display of violence," a State Department spokesperson said.

Local television channel Kurdistan24, whose studios are not far from the US consulate, posted images on social networks of its damaged offices, with collapsed sections of false ceiling and broken glass.

Arbil's airport said it had suffered no damage and flights had not been disrupted.

It houses a base for the US-led coalition fighting the Islamic State group.

"We condemn this terrorist attack launched against several sectors of Arbil, we call on the inhabitants to remain calm," Kurdistan Prime Minister Masrour Barzani said in a statement.

The health ministry in Arbil said there had been no casualties.

Iraq saw a surge in rocket and armed-drone attacks at the beginning of the year as Iran and its allies commemorated the second anniversary of the death of Iranian general Qassem Soleimani and his Iraqi lieutenant Abu Mehdi al-Mouhandis, killed by American drone fire in Iraq in January 2020.

Sunday's attack on Arbil comes nearly a week after two officers from Iran's Revolutionary Guards were killed in Syria in a strike attributed to key US ally Israel.

The Revolutionary Guards, the Islamic republic's ideological army, vowed revenge on Israel for the attack. -APP/AFP