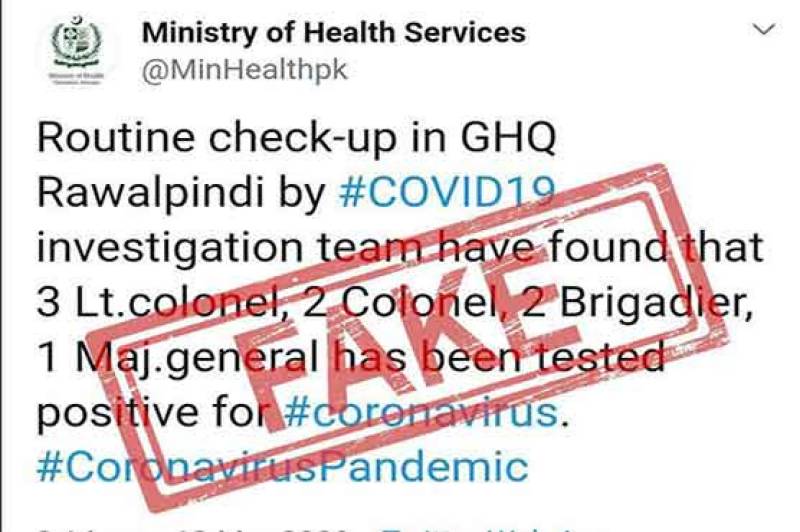 Ministry of Health says the news of the positive results of Pak army officers' Corona test in GHQ is unfounded.

According to details, the Corona virus, which has spread from China, has cracked its claws in more than 120 countries around the world; more than 4200 people have lost their lives worldwide.

After China, a horrible situation in Italy, the whole country has been locked down, where fake news is being spread on social media. Fake news has been populated.

The news of the Corona test of Pakistan Army officers coming out positive is unfounded.

It is to be noted that in other countries, including Malaysia, Thailand, Hungary, Italy, fake news has been processed and many people have been sent to jail as well as major fines.