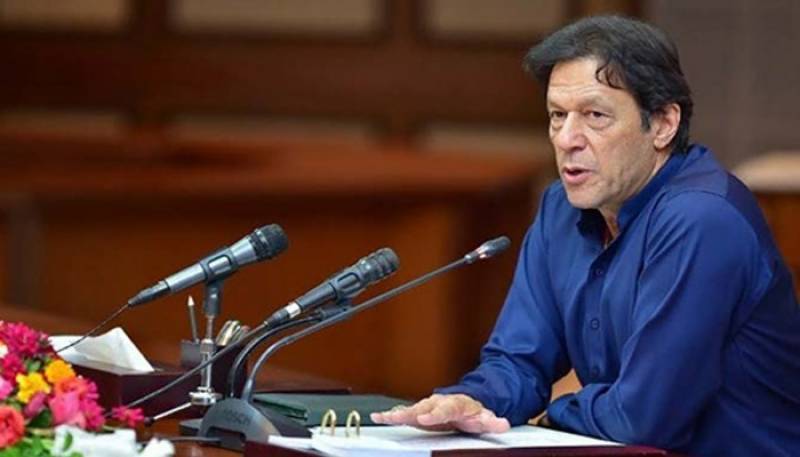 ISLAMABAD - The government is going to introduce the new visa regime and as a pilot project, electronic visas to five countries – Turkey, China, the United Kingdom, Malaysia and the United Arab Emirates are being started from Thursday (March 14), which will be later extended to 170 countries. Talking to newsmen, Information Minister Chaudhry Fawad Hussain and Special Assistant to the Prime Minister (SAPM) on Media Iftikhar Durrani said Prime Minister Imran Khan was going to announce the new visa policy tomorrow (Thursday) with the main purpose to initiate a new era for the tourism industry and business activities in the country.

The information minister said the citizens of 90 countries would be issued business visas while online visa facility would be offered to the visitors of 55 countries. The passenger identification system for e-visas, he said, at Karachi and Lahore airports had been installed, which it would start functioning in a month. The same system would also be installed at other airports of the country, he added. Fawad said the visas procedure for foreign journalists was also being reviewed. There would be no need of a No Objection Certificate (NOC) for journalists coming from the European Union countries, the United Kingdom and the United States. He said the Pakistanis journalists had expressed their desire for coverage of Indian elections and he would write a letter to the Indian High Commission in that regard. To a question, he said the government was striving hard to promoteg tourism and the private sector should also come forward to put their share through the hotel industry. To a question, the minister said Prime Minister Imran Khan was not responsible for the wrong policies of previous governments. Fortunately, all the state institutions today were on the same page with exemplary civil-military relationships, he added. He said the international community was reposing their trust in the prime minister. The world listened to him as he had an international stardom. The minister said implementation of the National Action Plan (NAP) was underway while the merger of Federally Administered Tribal Areas into Khyber Pakhtunkhwa was a big success of it. He said Pakistan could not afford to be put in the black list of Financial Action Task Force (FATF). About 70 percent conditions of the FATF had been fulfilled and hopefully the country would be out of its grey list by September. To a question, he said they were consulting the opposition parties on the extension of military courts' mandate. The prime minister had given the task to Foreign Minister Shah Mahmood Qureshi to contact the opposition in that regard. He said the talks between the Afghan Taliban and the United States were moving in the right direction, which would also benefit Pakistan. He castigated the offer of Pakistan Peoples Party Chairman Bilawal Bhutto Zardari to imprisoned Pakistan Muslim League-N chief Nawaz Sharif to take his treatment in Sindh. Nawaz Sharif was a heart patient and should not have been given such offer as the Sindh government hospitals lacked proper treatment facilities, he added. As regards the PPP's 'Jail Bharo Tehrik', Fawad said only one barrack of a jail was sufficient to house all the workers of PPP from Punjab, Khyber Pakhtunkwa and Sindh. He said the process for the appointment of new managing director of Pakistan Television was underway, who would be appointed in next two weeks.

SAPM Iftikhar Durrani said Pakistan had many Buddhist spots like Ghandhara and it could attract 20 million Chinese Buddhist tourists, who travelled to India every year to visit their religious spots there. Twenty Buddhist relics housed at the Peshawar Museum would be put on display at exhibition in China, which would have a positive impact on Pakistan’s Buddhist tourism, he added. To a question, he said with the improved security situation, the interest of international tourists in Pakistan was increasing. Peace in Afghanistan would further improve the security situation here, he added.