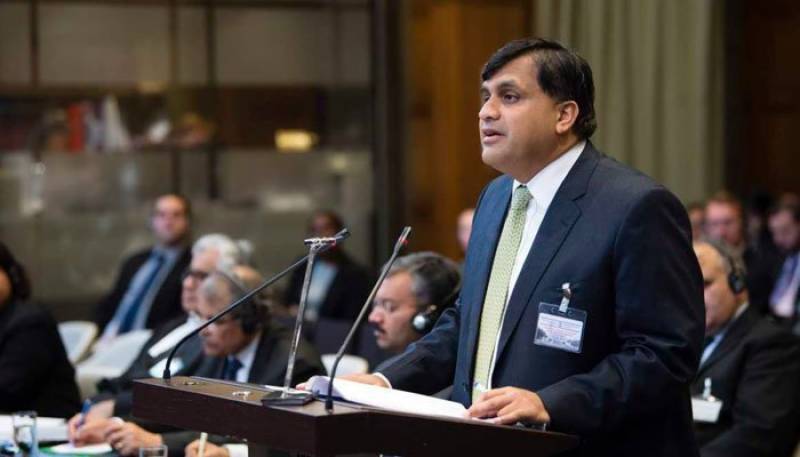 In his tweet, Dr Faisal wrote, “Regrettable that India has not given visas to Pakistani journalists for the kartarpur meeting tomorrow. Hope the PakKartarpurSpirit & meeting tomorrow will bring a change for the better for people of both countries”.

Regrettable that #India link has not given visas to #Pakistani link journalists for the # kartarpur link meeting tomorrow. Hope the #PakKartarpurSpirit link & meeting tomorrow will bring a change for the better for people of both countries (2/2)

Recalling the treatment by Pakistan to the Indian journalists who visited Narowal to cover the Kartarpur ground breaking ceremony last year, the FO spokesperson said that more than 30 Indian journalists in their visit to Pakistan also met PM & were hosted by FM for a dinner.

Pakistan and India will hold foreign-ministerial level dialogues on March 14 (tomorrow) following a major development in the opening of Kartarpur Corridor.

Foreign Office (FO) spokesperson Dr Mohammad Faisal will lead Pakistani delegation in the dialogues to be held in Attari between 9:00 am till 5:00 pm on Thursday.

In a historical event on November 28, Prime Minister Imran Khan laid the foundation stone of Kartarpur Corridor which was also attended by Indian ministers Navjot Singh Sidhu, Harsimrat Kaur Badal and Hardeep Singh Puri on the invitation of the Pakistan government.