Indo-US Relations: India does not know US friendship is not blessing
13 Jun, 2016 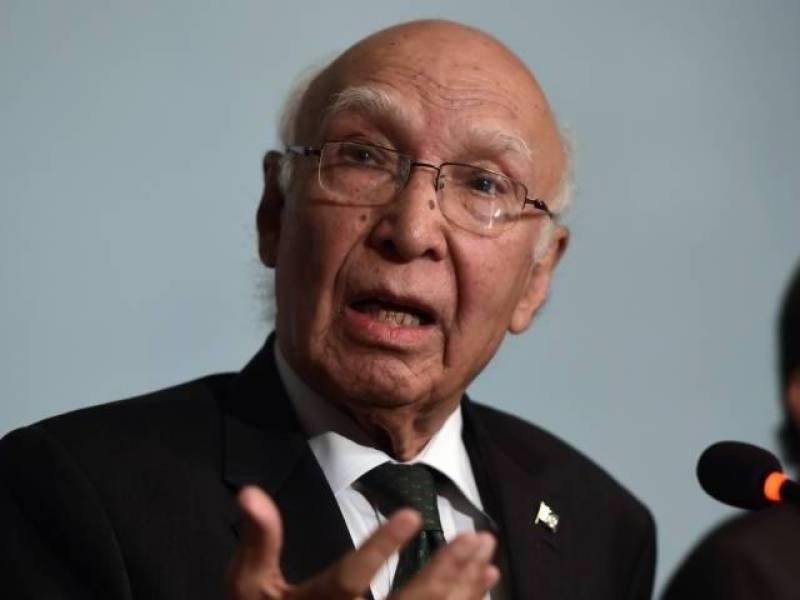 ISLAMABAD: Expressing his concerns over growing Indo-US ties, PM Advisor on Foreign Affairs Sartaj Aziz said that India has gotten US attention presenting its services against Muslims and China.

He said in Senate Standing Committee meeting that Muslims have been attacked after 9/11 incident and Pakistan was also affected due to US intervention in Afghanistan after that Pakistan had become security state.

Taking advantage of this terrorism, India first presented its services to US against Muslims then tried to get US attention supporting it against China, Sartaj Aziz added stating that we have seen the results of enhanced close ties with US and now its time for India to face the outcomes with its friendship with US as India does not know that US friendship is not blessing.

PM Advisor pointed out that India wants to dominate in the region but Pakistan has been successfully combating with Indian nefarious designs for last 60 years while Pakistan is also making strenuous efforts to eradicate the scourge of terrorism.