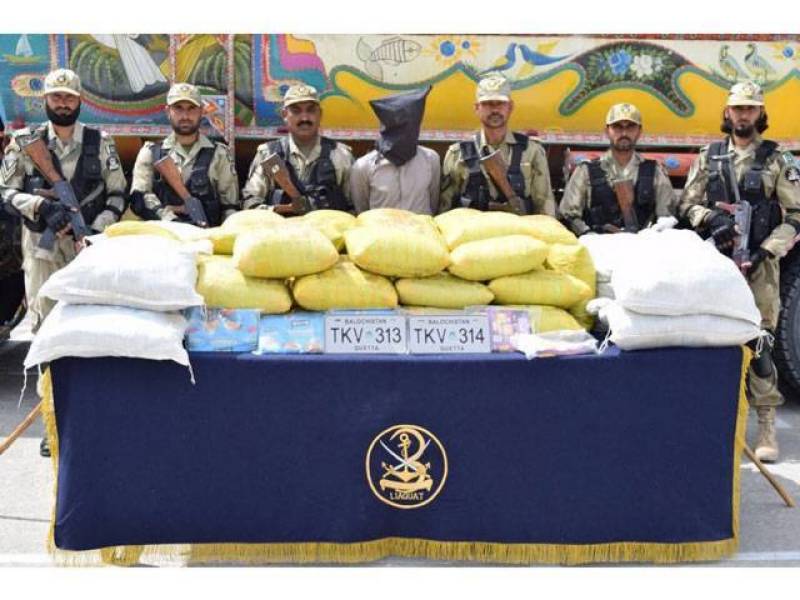 ANF Quetta while carrying out an intelligence led operation at Pishin seized 1.12 ton heroin. According to details, heroin was concealed at an uninhabited site located in mountainous area of Kili Gawal, District Pishin. As per initial information, drug consignment was placed at a cache site for handing over to another narcotics gang for onward dispatch to some unidentified destination.

ANF Karachi on pursuance of an information raided a godown situated near 4-K Bus Stop, New Karachi, seizing 20 Kg heroin and 6 Kg hashish stocked inside the premises. Two Afghan nationals namely Janat Khan and Khuda Nazar were also arrested during the operation. In another operation, ANF Karachi Airport Team arrested a passenger Qasim Khan at Jinnah International Airport, Karachi, while he was boarding for Colombo by Flight No. UL-184 and recovered 1.4 Kg heroin which was concealed in his suitcase. Yet in another operation, ANF Karachi arrested a local drug peddler identified as Gul Muhammad, recovering 1.385 Kg hashish from his possession. He was arrested from a Musa Katian, Hyderabad.

All the cases have been registered in ANF Police Stations and further investigations are under progress.