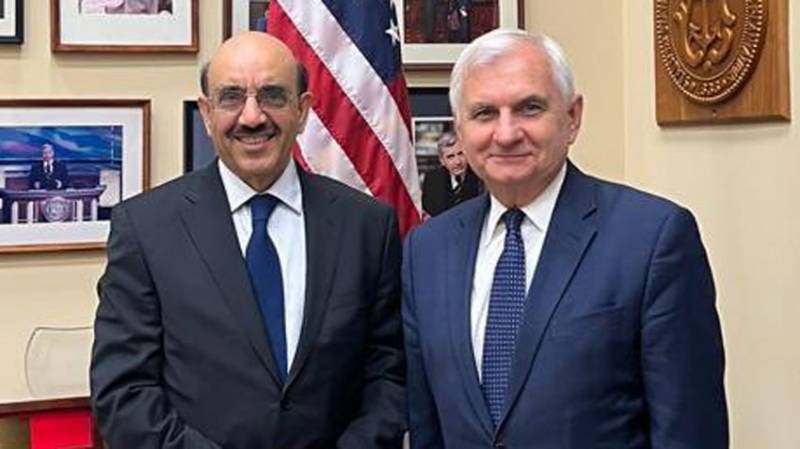 ISLAMABAD – Pakistan and the United States have agreed to strengthen bilateral relations between the two countries in diverse fields.

It was agreed at a meeting between Pakistan's Ambassador to the United States Masood Khan and Chairman of the US Senate Armed Services Committee Senator Jack Reed in Washington D.C.

Masood Khan said that both the countries enjoyed close defense cooperation in the past and would like to build on their existing security bonds.

The Pakistani envoy emphasized that many of the defense platforms used by Pakistan were American which required sustained support.

Talking about the future plans, he said that the two countries would continue to partner with each other in political and economic spheres.

Masood Khan briefed the US Senator about the situation of regional security and Afghanistan, including the latest efforts to create conditions for stability and prosperity in the neighbourhood.

He apprised the Senator that engagement with the US opened new channels and both sides are working to reinforce long-standing broad-based ties spanning more than seven decades.

The US Senator expressed the confidence that the long-standing ties between Pakistan and the US would continue to grow as the two countries celebrate the 75th anniversary of their diplomatic relations.