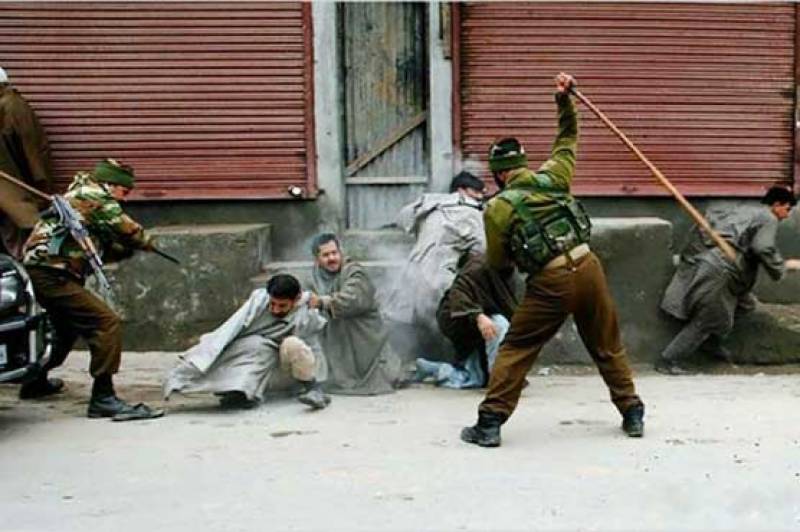 ISLAMABAD-NEW YORK,The World Kashmir Awareness Forum (WKAF), a Washington-based advocacy organization,  has made an earnest  appeal to the  international community to pay heed to the long-standing aspirations of the Kashmiri people as they observe 89th anniversary of the Martyrs Day, and to move decisively to enable them to exercise their UN-pledged right to self-determination.

Kashmiris observe the Day to reaffirm their resolve to continue their struggle for freedom, and to pay homage to over 100,000 innocent men, women and children who have sacrificed their lives for freedom of their beloved land since 13 July 1931, the Forum said in a statement issued on Monday.

The Day marks the killing of 22 Kashmiris outside the Srinagar Central Jail by the troops of Dogra Maharaja in 1931 during a revolt.

"WKAF believes that their suffering has not ended despite the end of the despotic Dogra dynasty rule, the fate of Kashmiris changed for the worse, as it has been replaced by tyrannies of successive Indian regimes under various garbs of democracy," the statement said.

The statement added, Since that ominous day, Kashmiris have been holding peaceful protests, seminars and conferences throughout the world until now. But, the tyranny in Kashmir under the Hindutva nationalists has reached a new and unprecedented level of inhumanity. Kashmir has been under lockdown and communication blackout for 11 months and now it has been extended to into August. No one is allowed to venture out to commemorate the event and pay tribute to the heroes of Kashmir history.

"The current Indian regime abrogated the nominal autonomy of the state of Jammu and Kashmir on August 5, 2019. It has unleashed a reign of terror unprecedent even under the barbaric Indian rule of last 72 years. Under the post-annexation regime, India is implementing a settler-colonialist apartheid project in Kashmir with a drastic demographic transformation to make Kashmiris a minority in their own native country.

"All Kashmiri political leaders and activists are languishing in various jails where they are being subjected to torture, isolation and healthcare deprivation and unhygienic crowded conditions. They are facing added fear of Covid-19 pandemic which is raging among jail staff and security forces. Modi regime’s goal is to totally decapitate the political  leadership of Kashmir and it can trample any norms of decency and human dignity.

WKFM condemns today’s detention of the senior political leader of Kashmir Freedom Movement,  Muhammad Ashraf Sehrai who is being detained under the infamous Public Safety Act (PSA). He is the latest high profile politician to be arrested under the PSA, notwithstanding the Covid-19 crisis in India.

World Kashmir Awareness Forum is making an urgent plea to the world powers, including US government and Congressional leaders to heed the unbearable plight of hundreds of senior Kashmiri political leaders who are suffering from serious health issues. We are also pleading with the UN Secretary General and  UN High Commissioner on Human Rights, to urge India to unconditionally release all political prisoners, including  Ashraf Sehrai, Yasin Malik, Mian Abdul Qayyum, Shabir Ahmed Shah, Musarat Aalam and others.

"World Kashmir Awareness Forum is committed to working for the basic human and political rights of people of Jammu & Kashmir through all peaceful means, including their inalienable right to self-determination as envisaged under United Nations Charter and applicable United Nations Security Council resolutions."