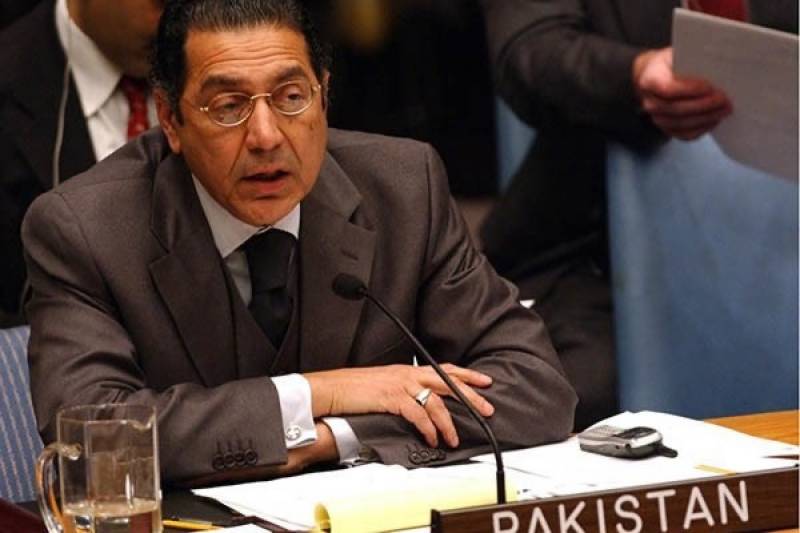 *Karachi - Pakistan's Ambassador to the United Nations Munir Akram has said that nationalist groups, including Rashtriya Swayamsevak Sangh (RSS), the parent group of India's ruling Bharatiya Janata Party (BJP), should be outlawed like other terrorist outfits as they pose a clear danger to regional and international peace and security, local media reported on Wednesday.*

“Such violent racist and extremist terrorism will inevitably breed counter-violence and validate the dystopian narrative of terrorist organisations such as ISIS/Daesh and Al-Qaeda," he mentioned.

He said that the BJP's Hindutva ideology is a threat to India's Muslim population.

The Pakistani envoy called for immediate steps to curb the rise of violent nationalism. He called on states to designate acts of violent nationalist groups, including white supremacists and other racially and ethnically motivated groups, as terrorism, just as the world has done in case of Al-Qaeda/ISIS and their affiliated groups

Munir Akram stated that there is need to initiate immediate domestic actions to prevent the propagation of their violent ideologies, recruitment to and financing of these groups. He requested the UNSC secretary general to present a plan of action to confront and defeat nationalist groups' extremist ideologies and actions

He demanded expanding the mandate of the 1267 Sanctions Committee to include nationalist terrorist groups like the RSS.

Akram also called upon the body to "address certain neglected manifestations of terrorism, one of which is the phenomenon of ‘state terrorism’", citing the situation in occupied Kashmir where Indian forces "are perpetrating war crimes, crimes against humanity, and against the occupied peoples in order to terrorise them into submission".

As new threats to global peace and security arise, Akram said, the world needs to expand and adjust its counter-terror strategy to "defeat terrorism in all forms and manifestations".