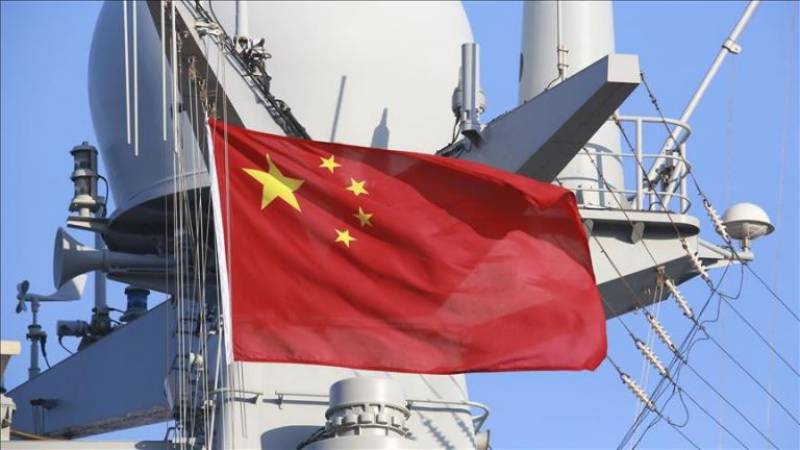 KARACHI (AA): A new generation anti-ship Chinese missile, which Pakistan Navy is going to induct in 2021, will serve as a “deterrent” but simultaneously aggravate an already escalating arms race between the nuclear-armed neighbors, Pakistan and India, analysts said.

The CM-302 — capable of flying at three times the speed of sound — is supposed to be a primary weapon onboard the four new generation Type 054 frigates — which Beijing is building for Pakistan Navy.

Type-054 A is an extremely potent and state of the art warship equipped with latest weapons, including long-range missiles and hi-tech sensors, capable to undertake operations in all domains of naval warfare.

In December 2018, the steel cutting ceremony of first warship of Type 054 was held at Hudong Zhonghua (HZ) Shipyard China.

Quoting Indian Navy officials and experts, Indian media earlier this week reported that the acquisition of the CM-302 missile will neutralize an advantage the Indian Navy had been enjoying since 2005 in the Indian Ocean because of its BrahaMos anti-ship cruise missiles.

Also, the Chinese missile — dubbed as a “game changer” by the Indian experts — matches both the supersonic speed and the range of the BrahaMos missiles that have been deployed on several front-line frigates and destroyers of the Indian Navy, India’s NDTV reported.

“This is true that the CM-302 missile will negate the advantage the Indian Navy has been enjoying over Pakistan Navy. But it will act as a deterrent,” Ikram Sehgal, a Karachi-based defense analyst, told Anadolu Agency.

“In fact, it will be good for peace because it will maintain the equilibrium between the two navies in terms of weaponry,” opined Sehgal, who is also editor of Defense Journal of Pakistan — a reputable defense magazine.

“A sizeable imbalance in terms of conventional warfare might lead to nuclear threshold. Therefore, such developments, which actually balance the difference in conventional warfare, in which Pakistan certainly has a disadvantage, will serve as a deterrent,” he maintained.

Lt. Gen. (retired) Talat Masood, an Islamabad-based defense analyst, sees the development as “significant”, terming it another reflection of growing ties between Islamabad and Beijing.

“This is one of the current missiles, which are compatible to the Indian missiles. It will certainly boost the operational capabilities of Pakistan Navy, though it will take some time,” Masood, who served as a three-star general in Pakistan army from 1950 to 1990, told Anadolu Agency.

Another aspect of this development, he opined, was that China wanted Pakistan to engage India to foil its bid to take on Beijing.

“China wants to see India engaged in the region through Pakistan rather than becoming a threat to Beijing,” he maintained.

China has long been Pakistan’s largest defense partner with the latter’s growing reliance on the former in recent years following strained ties between Washington and Islamabad.

Pakistan sealed a $5 billion deal with China in 2016 for the acquisition of 8 Chinese Yuan-class type 041 diesel submarines by 2028 to “address force imbalance” with its arch-rival India.

The development, according to analysts, will further exacerbate the ongoing arms race between the two arch-rivals locked in a string of sea and land disputes and have fought three wars and a three-week long skirmish since 1947.

“Certainly, it will add up to the ongoing arms race because now New Delhi will look for an alternative to maintain its advantage over Pakistan,” Sehgal said, adding: “New Delhi’s possible endeavor to keep its advantage intact will undoubtedly propel Pakistan to go for further procurements.”

“The latest development is part of an ongoing arms race between the two nuclear rivals, and it will continue in future as well,” he said.

Currently, New Delhi is spending $40 billion a year on defense, while Pakistan has earmarked $7.6 billion for defense expenditures this fiscal year.

India ranked eighth on the list of countries with the largest military expenditures, while Pakistan’s defense budget was five times smaller.

India boasts the world’s third largest army after the U.S. and China, with an active troop strength of over 1.3 million. Pakistan, meanwhile, stands eighth on the list with a 600,000-man army.

Pakistan and India are among a small handful countries with nuclear arsenals. India joined the nuclear club long before Pakistan, in 1974, prompting Islamabad to follow suit.

Pakistan silently developed its own nuclear capability in the 1980s, when it was an ally of the U.S. in the first Afghan war against the crumbling Soviet Union.

It did not conduct any nuclear tests until India carried out a series of its own tests in 1999. Only three weeks later, Pakistan conducted six successful tests in the remote Chaghi district near the Afghanistan-Iran border, stoking fears of a nuclear war between the longtime rivals.

According to Stockholm International Peace Research Institute, India currently possesses between 80 and 100 nuclear warheads, while Pakistan holds between 90 and 110.