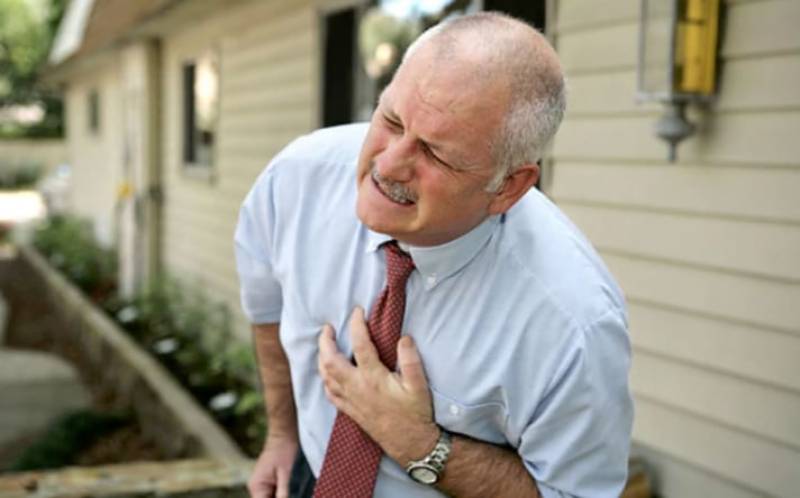 ISLAMABAD: (APP) Effect of constant stress on a deep-lying region of the brain explains the increased risk of heart attacks, a study suggests.

In a study of 300 people, those with higher activity in the amygdala were more likely to develop cardiovascular disease and sooner than others, reported BBC health.

Emotional stress has long been linked with an increased risk of cardiovascular disease (CVD), which affects the heart and blood vessels but the way this happens has not been properly understood.

This study, led by a team from Harvard Medical School, points to heightened activity in the amygdala, an area of the brain that processes emotions such as fear and anger, as helping to explain the link.

Researchers suggest that the amygdala signals to the bone marrow to produce extra white blood cells, which in turn act on the arteries causing them to become inflamed. This can then cause heart attacks, angina and strokes.

As a result, when stressed, this part of the brain appears to be a good predictor of cardiovascular events.

The research looked at two different studies. The first scanned the brain, bone marrow, spleen and arteries of 293 patients, who were tracked for nearly four years to see if they developed CVD. In this time, 22 patients did, and they were the ones with higher activity in the amygdala.

The second very small study, of 13 patients, looked at the relationship between stress levels and inflammation in the body.

The results provide a unique insight into how stress may lead to cardiovascular disease.

This could lead to ensuring that patients who are at risk are routinely screened and that their stress is managed effectively.