Pakistan makes a strong appeal to US for the releasing the frozen funds of Afghanistan
13 Feb, 2022 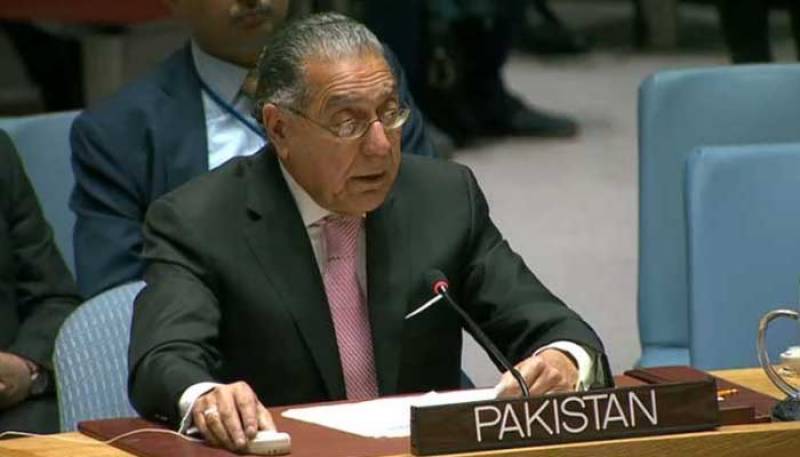 ISLAMABAD – Pakistan has called for returning Afghanistan’s assets held in the United States (US) to the Afghan people, Pakistani state media reported on Saturday.

US President Joe Biden freed and split $7 billion between humanitarian aid for Afghanistan and a fund for September 11 victims.

International funding to Afghanistan was suspended and billions of dollars of the country’s assets abroad, mostly in the US, were frozen after the Taliban took control of the country in August as the US military withdrew.

No money would immediately be released. But Biden’s order calls for banks to provide $3.5 billion of the frozen amount to a trust fund for distribution through humanitarian groups for Afghan relief and basic needs. The other $3.5 billion would stay in the US to finance payments from lawsuits by US victims of terrorism that are still working their way through the courts.

Ambassador Munir Akram, Pakistan’s permanent representative to the United Nations (UN) in New York, said the money was “critically needed” to revive the economy of the war-battered country.

“We have consistently joined the calls of the international community as well as the senior UN officials and the international humanitarian actors to unfreeze Afghanistan’s reserves,” Ambassador Akram was quoted as saying.

“This money is critically needed to revive and sustain the Afghan economy, inject much-needed liquidity, and to save millions of lives in the middle of a harsh winter. In addition, this money is also needed to provide basic amenities to the people including health and education as well as to build critical infrastructure.”

The Pakistani diplomat said returning these assets at this critical juncture would be the most effective and generous display of solidarity with the people of Afghanistan.

Asked to comment on the US move to split $7 billion in assets from the Afghan central bank, Ambassador Akram remarked, “Half a loaf is better than none.”

He, however, said there was something wrong with a financial system where “one state can unilaterally block the national assets of another to pay off questionable claims by its own citizens.”

The funds were deposited by Afghanistan’s central bank in the United States before the Taliban took over last year. They have since been made unavailable to the new Afghan authorities.

Much of the money came from the US and other international donors over the last 20 years.