Pakistan and India finalised mechanism for wheat exports from Delhi to Kabul
13 Feb, 2022 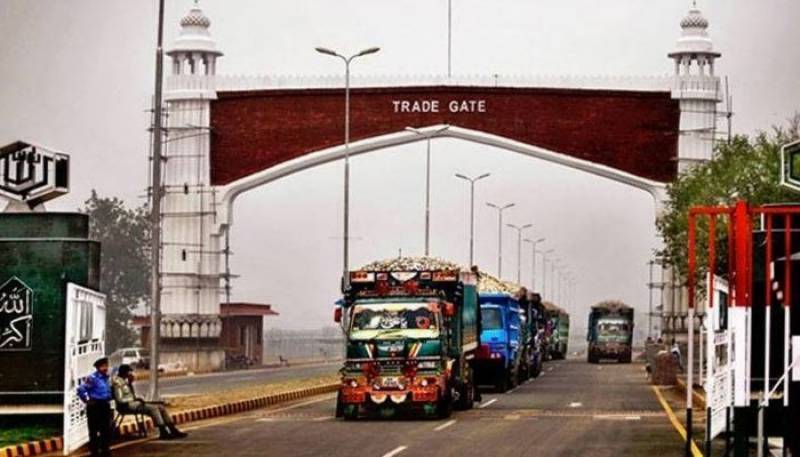 LAHORE – Pakistan and India have finalised a mechanism for transportation of 50,000 metric tonnes of wheat from New Delhi to Kabul via Wagha Border, it emerged on Saturday.

Reports suggest Pakistan has allowed Afghan trucks and drivers to carry wheat from the Wagah border to Afghanistan.

Now, New Delhi has sent a list of 60 Afghan trucks and their drivers who will carry the consignment and had asked Pakistan to issue visas to them.

The first consignment of wheat is likely to be sent on February 16 to help the people of Afghanistan facing a humanitarian crisis.

Back in December, Foreign Office in a statement said that Pakistan had decided to also allow the use of Afghan trucks for transportation of 50,000 metric tonnes of wheat and life-saving medicines from India to Afghanistan via Wagah border.

It said that the decision had been taken on an exceptional basis for humanitarian purposes.

“This demonstrates the commitment and seriousness of the Government of Pakistan to facilitate the proposed humanitarian assistance,” it added.

FO had conveyed the decision to the Charge d’ Affaires of India at the Ministry of Foreign Affairs.

“The Indian government was also urged to proceed quickly to take necessary steps to expeditiously undertake the delivery of the humanitarian assistance to Afghanistan,” the statement concluded.

Earlier, Islamabad had proposed the use of Pakistani trucks for transportation of humanitarian assistance to Kabul under the banner of the UN. However, India tried to spin the matter by spreading misinformation.

Indian also made a counter proposal and suggested that the wheat should be shipped either in Indian or Afghan trucks. Pakistan had allowed the use of Afghan trucks for the purpose.