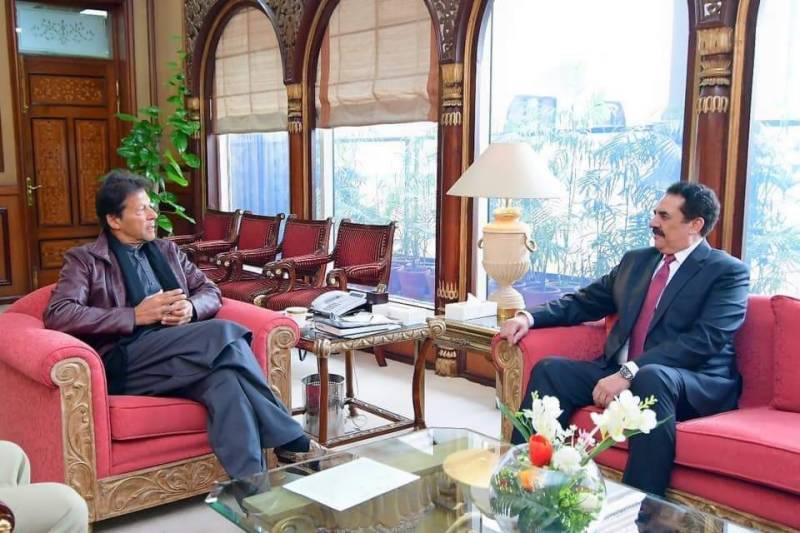 Prime Minister Imran Khan has emphasized the need for broad-based regional cooperation in order to eradicate the violence and extremism.

He was talking to Commander-in-Chief of the Islamic Military Alliance against Terrorism, General (Retd) Raheel Sharif, who called on him in Islamabad today.

The Prime Minister reiterated the resolve to bring durable peace and stability in the country. He said Pakistan supports all steps for regional peace.

They also discussed regional security situation, and efforts for peace and stability.

During the meeting, he apprised the Foreign Minister about the measures taken by the alliance against terrorism.

Speaking on the occasion, Shah Mehmood Qureshi lauded the efforts of the Alliance against terrorism.

The Alliance was established on 15 December 2015 and forty-one countries are its members, whereas Gen (Retd) Raheel Sharif was nominated as the first Commander in Chief of the Alliance.

The main objective of establishment of the Alliance was to eliminate terrorism from Islamic countries.

During the meeting, matters pertaining to regional security and overall situation of law and order came under discussion.

The Information Minister said government of PTI is taking all necessary measures to improve the law and order situation.

He said the international world is heading towards making investment in Pakistan.