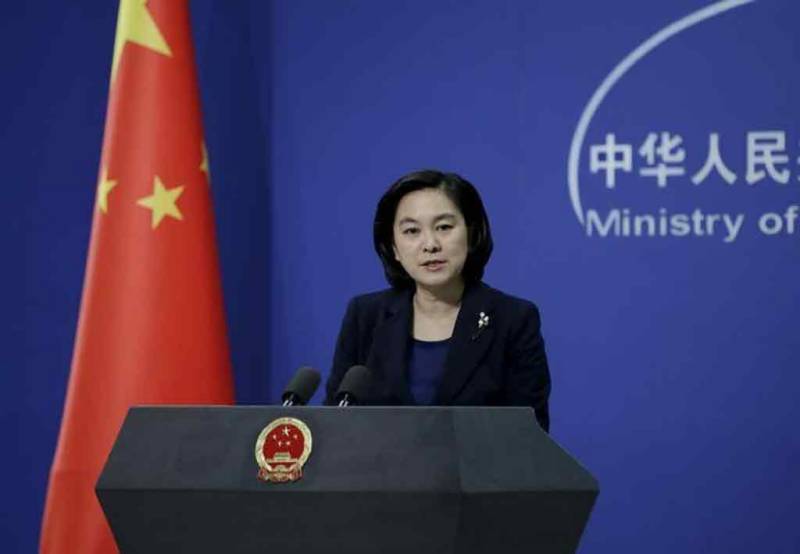 BEIJING: A Chinese foreign ministry’s spokesperson Tuesday rejected a report about the cancellation of hydropower projects by Pakistan and Nepal with China and stated the information about the projects mentioned in the report was false and inconsistent with the facts.

“I remember this report was carried by Hindustan Times. The information about these projects mentioned in the report – released by Indian Ministry of External Affairs – is actually false and inconsistent with the facts,” Hua Chunying said during her regular briefing held here.

She explained that for example, the dam project was not included in the list of China-Pakistan Economic Corridor (CPEC) projects and the hydropower project in Nepal was still in the negotiation stage. As for the blacklisting of China Harbour Company by the Bangladeshi government was concerned, it was also not true.

When asked to comment that according to report the Belt and Road Initiative (BRI) had countered a great pushback in its implementation and there would be a major adjustment of policy in the forthcoming Belt and Road Forum, she said that at present, more than 150 countries and international organizations had signed cooperation documents with the Chinese side to build a “One Belt, One Road” cooperation project.

“A large number of cooperation projects have taken root and blossomed, which has injected strong momentum into the economic and social development of countries along the route,” she added.

Hua Chunying said in the process of building the “Belt and Road” with the countries concerned, the Chinese side had always adhered to equality, openness and transparency, and acted in accordance with market rules and international rules.

“We never impose on others and never impose any so-called “unacceptable conditions”. Each project is the result of equal consultations between the parties concerned,” she added.

She said that individual projects might encounter temporary difficulties or problems, and they could change the objective facts that the “Belt and Road” cooperation had played a positive role in promoting the economic and social development of the countries concerned.

The spokesperson informed that this year, China would host the second “One Belt, One Road” international cooperation summit forum.

“We hope that by holding this forum, we will work together with all parties to summarize the progress of the “One Belt and One Road” and plan the blueprint for future cooperation, with a view to building a “Belt and Road” with high quality, high level and high standards,” she added.

Responding to a separate question about the selling of Chinese aircraft carriers to Pakistan, Hua Chunying replied that she had not seen such a report. “I have not heard of it.”

The Chinese government had always strictly observed the three principles for arms exports, namely, promoting the legitimate self-defence capability of the recipient country; strengthening the peace, security and stability of that country and region; and non-interference in its internal affairs, she added.