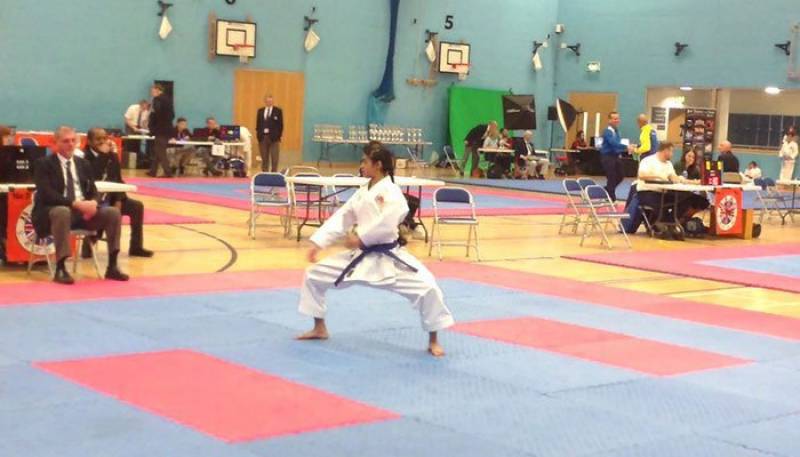 LONDON - A 15-years-old British Pakistani girl has made a new record by bagging 64 gold medals after winning Karate matches across England.

Myra Nasim started taking interest in Karate at the age of 5 when she would see her older brother learning karate at a local community centre in East London. She asked her father to pay for her Karate lessons and soon after her coach spotted unique talent in her and urged her to train more.

She told, “The coach saw huge potential in me and started sending me to competitions. At the age of 7 I won my first gold medal and since than I have won 64 gold medals in all competitions.

At the age of 10 I was the youngest athlete to win 3 national titles in the same year. In 2017, I represented England at youth level and won gold in my first attempt. In 2018, I won all 4 international titles including the most prestigous the English National Championship. I have done 11 TV commercials for some of the biggest names as well as 3 TV shows and worked as extra in 2 films.