Pakistan Foreign Office hits back at US Policies
13 Feb, 2017 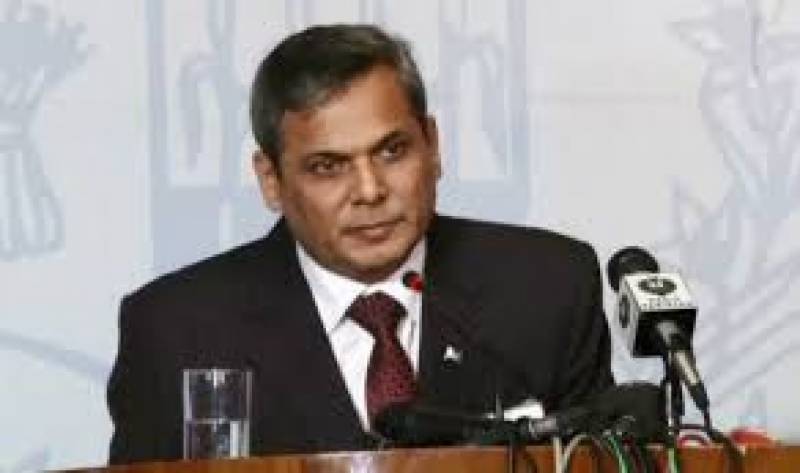 Spokesperson of Pakistan Foreign Office said that a significant decline in incidence of terrorism in Pakistan is now an empirical reality widely acknowledged by international observers.

This success has been made possible only after all the organized terrorist groups were indiscriminately targeted and eliminated, wherever found.

Senior US officials and congressional leaders have had the opportunity to personally witness the enormous change in theÂ groundÂ situation on our side of the Pak-Afghan border.

The discussions speak of a multiplicity of factors both military and non-military that contribute to the existing stalemate in Afghanistan.

Therefore, singling out Pakistan and pinning the entire blame on Pakistan for the situation in Afghanistan was neither fair nor accurate, nor was it borne out by the ground realities, he remarked.

In the absence of a sincere review of the past mistakes, recycling old strategies would not produce new results, he said.

The practice of pointing fingers elsewhere has not helped Afghanistan in the past nor will it promote Afghanistan's interests in the future, he asserted.

Pakistan had consistently called for a negotiated peace settlement in Afghanistan, which remains the responsibility of all parties to the conflict.

Pakistan had also argued strongly against steps and actions that complicate the conflict and result in loss of innocent lives. It has also been highlighted a number of times that Afghan soil should not be used against its neighbors, he pointed out.

Moreover, he said, on a number of occasions in the past, Pakistan and the United States have agreed at the highest level on the criticality of border management and settlement of refugees as fundamental issues in achieving any degree of success in Afghanistan.

Sadly, even when there are serious policy debates on the larger issue of borders and refugees in other parts of the world,no serious attention is beingÂ given to Pakistan-Afghanistan border in the discussion, he deplored.

The nexus between ISIL-K and TTP is also a source of deep concern for Pakistan,he said adding "We need to prevent the emergence of new and more virulent entities committed to spreading chaos and insecurity in the region. This calls for closer cooperation based on confidence and trust. Pointing fingers and throwing blame at others would be unhelpful and counter-productive", he reiterated.