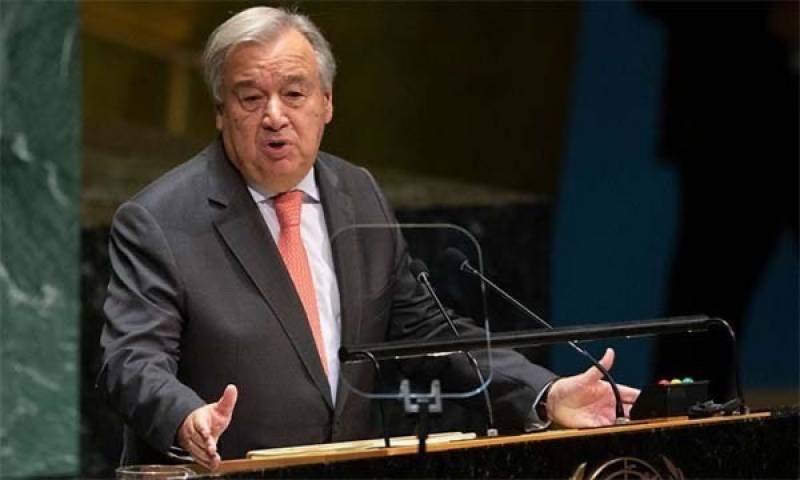 UNITED NATIONS - The Climate Action Summit wrapped up Friday evening after some 70 world leaders, including Prime Minister Imran Khan, delivered a raft of new measures aimed at making a big dent in greenhouse gas emissions, and ensuring that the warming of the planet is limited to 1.5 degrees Celsius.

“Pakistan announced no new coal power plants,” the UN chief said, as he recounted the number of countries coming forward with strengthened national climate plans (NDCs), with commitments covering some of the world’s biggest emitters on display.

Pakistan has seen coal power capacity increase from very low levels to a substantial 5 gigawatts over the past five years. But in his address to the online summit, Prime minister Imran Khan said that 60% of all energy by 2030 will be from renewables and 30% of all vehicles will be powered by electricity.

China’s President Xi Jinping committed to increasing the share of non-fossil fuel in primary energy consumption to around 25% by 2030.

Britain, which is hosting next year’s UN Climate Conference, announced that it will cut emissions by 68 per cent, compared to 1990 levels, within the next five years, and the European Union bloc committed to a 55 per cent cut over the same time period.

Small island nations are not among large emitters of greenhouse gases, but they’re among the most affected by global warming, said Barbados Prime Minister Mia Mottley. This year’s hurricane season has ended with a record of 30 named storms.

The survival of these nations depends on other countries raising ambition in their emissions pledges, she said. Without more ambition “There will be no build-back-better for countries and economies like mine.”

France will introduce a new climate law over the next few weeks which will include specific measures proposed by citizens to help the economy transition toward climate neutrality, French President Emmanuel Macron said.

Measures to transition toward a low-carbon economy include halting all support toward the exploration of new fossil fuel deposits within the next five years, not building new coal plants and forcing financial firms to disclose financial risk, he said.

UN Secretary-General Guterres called on governments to declare a climate emergency to accelerate efforts toward carbon neutrality. That’ll be the UN’s central objective for next year, he said.