Pakistan model can be best used for Turkey over US sanctions
13 Dec, 2020 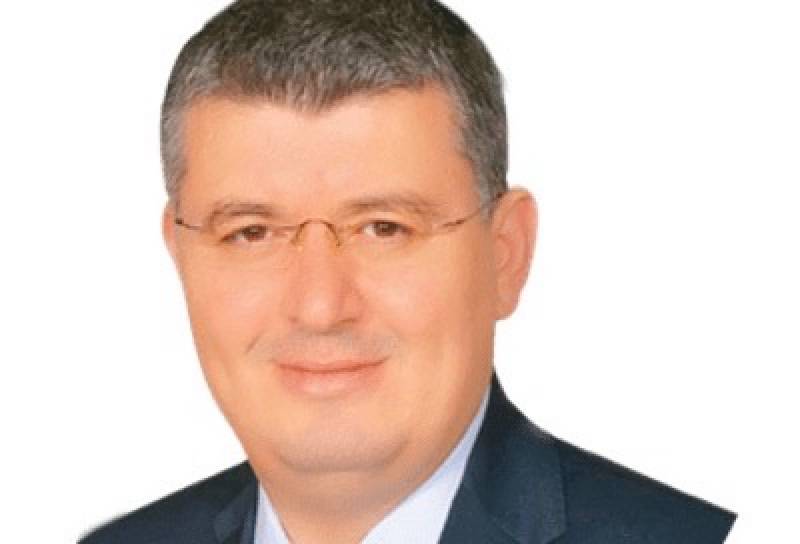 Let us start with the statements President Recep Tayyip Erdogan made ahead of his Azerbaijan visit concerning the U.S. and upcoming Biden term, which will commence on Jan. 20, 2021:

“We still consider any statements we have made so far and will make as premature. Let Mr. Biden first take office, and then we will sit down and discuss matters with him. Just as we came together in the past and talked, whether it be in Turkey or the U.S. There can be no conflict between nations regarding politics. Diplomacy in particular requires such matters to be deliberated over in order to reach an agreement and find a solution. Certain people in your country may prompt negative action. That is not important; they are amateurs in politics. I am confident that we will move forward with the U.S. in a very different manner.”

A post by Michael Carpenter, one of Biden’s advisers, saying, “Glad to see Turkey signaling an openness to dialogue with the next administration,” following this statement by Erdogan, was interesting.

One of the steps that can be evaluated in terms of preparation for the Biden term was the appointment of Turkey’s Ambassador to Tokyo Murat Mercan as Turkey’s new envoy to Washington.

It is said that Mercan, who was involved in the founding of the Justice and Development Party (AK Party), who served as a deputy, and undertook constructive roles in foreign affairs, more specifically in relations with the U.S., met in advance with many figures who will be serving in the Biden administration, and is currently in close contact with them.

It might be useful to keep this appointment in mind in this respect.

An important article was published in The New York Times a few days ago on the characteristics of Turkish-American relations in Biden’s term.

According to the article, a senior Turkish official said, “Mr. Biden’s advisers have made clear they will engage with Turkey through traditional and technical diplomatic channels — and not rely on the kind of spontaneous and direct lines of communication that marked the relationship between Mr. Trump and Mr. Erdogan”

What does this mean?

Utilizing conventional and technical diplomacy channels signify a term in which the communication channels between institutions will be used more effectively. This can be considered as another sign of the importance of the mission tasked to new ambassador Mercan during the transition period.

As mentioned in the NYT article, the Biden administration’s approach to the Russian S-400 missiles is going to be the first test of the new term in relations between the two states. Given the position of the U.S. and Turkey with respect to this matter, it is known that the “rift” between them is rather large.

Despite Trump publicly making statements touching on Turkey’s justification regarding this matter at the 2019 G-20 summit held in Osaka, and saying, “Tu-rkey had no other choice due to our mistakes,” there was no change in the U.S.’s institutional position.

The only thing that did change was the form of the threat that first said, “We will impose sanctions if even a screw is delivered,” which was made prior to the arrival of the missile battery. They then shifted to “plan B” and said, “Since they have arrived, at least do not activate them,” after the missiles arrived.

Simply because this is the case, Turkey returning the S-400 batteries it received, or the option of selling them to another country is out of the question for Ankara.

That ship has sailed.

The Middle way formula for the S-400S

But is there a formula that can be accepted by both parties with respect to this challenge?

In the words of an experienced official, who was involved in the purchase process of the S-400s, and has a strong grasp over the system’s technical qualities:

What sort of formula is this then?

According to the source, who spoke on the condition of anonymity, we can call this formula the “Pakistan model.”

Such that: When selling F-16s to Pakistan was on the agenda in the 1990s, the Americans made a deal with the Pakistan administration to be sure that these aircraft would not be used in any way they did not deem fit. More precisely, an office was opened in this country for joint use, and the use of F-16s were monitored here.

According to my source, a similar method can be employed for the S-400s as well.

Accordingly: Turkey and the U.S. could strike a deal similar to the model applied in Pakistan, and thus, an office could be opened where both Turkish and American personnel will be assigned.

Based on this formula, there is no problem concerning the active state of the S-400 system.

However, in the event of a possible risk to the F-35 aircraft, the S-400 batteries can be turned in another direction, and this can be monitored and confirmed by the Americans on duty at the office to be opened jointly.

This would thus eliminate U.S. fears that F-35 secrets will be seized by the S-400s.

This would thus provide a middle way for both sides.

We know not whether such a formula may be discussed in negotiations with the U.S., but if the intention is to find a solution, this or similar bright ideas may come up on the agenda.

In the meantime, we will continue to closely follow developments.