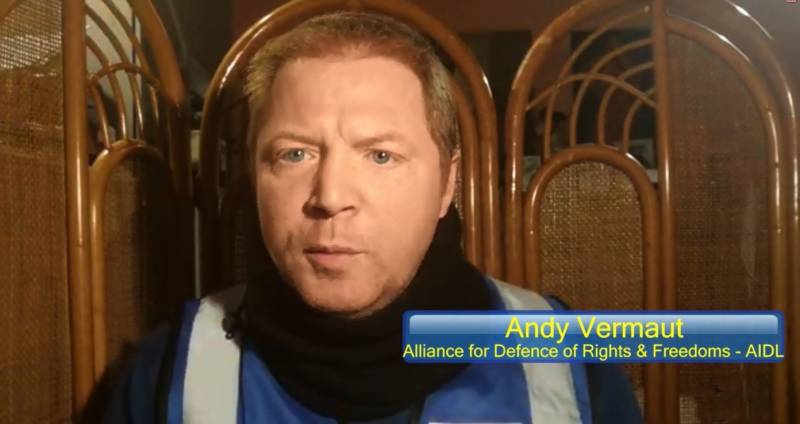 Shocking revelations by EU Disinfo Lab of an Indian clandestine operation to use fake media houses to malign Pakistan and China has attracted a strong reaction from freedom right supporters who have demanded of the United Nations to immediately remove all such organistaions.

Andy Vermaut, an official member of “The International Alliance for the Defence of Rights and Freedoms (AIDL) constituted by the United Nations (ECOSOC) and President of PostVersa, Human Rights and Fundamental Rights chapter said he was astonished to hear about the research of the EU Disinfo Lab.

He said it was surprising to note how the Indian Srivastava group, resurrected ten UN recognized NGOs, to spread disinformation and fake news about Pakistan.

“I repeat my plea today for a total screening of all human rights organizations that are consulted by the United Nations on human rights and that spread fake news, purely to put a state or a people in a bad daylight,” he said in a video message.

He said the evidence from the Indian Chronicles link clearly shows how members of the European Parliament, through the fake news “were abused and used mostly without their knowledge” to present false information as real information. ALSO READ KPT to convert Port House into visiting dignitaries house: Zaidi link

He pointed that the resurrection of the Commission to Study the Organization of Peace (CSOP) even uses Professor Louis B. Sohn, who died in 2006, but the fake media portrayed as if he participated in activities on human rights in Washington DC even a year after his death.

He also mentioned the World Environment and Resources Council (WERC) which , he said, was re-established to oppose the construction of a dam in Pakistan.

“These NGOs were mostly represented by students at the UNHRC. These students were paid 186 euro in cash to put Pakistan in a bad light,” he said.

Andy Vermaut said he believes that the international community has a responsibility to act, before the United Nations Human Rights Council. He said all this has severe consequences for the authentic human rights agenda as unfortunately it may be considered nothing more than a big joke. ALSO READ COVID-19: Shibli urges citizens to stay away from life threatening mass gatherings link

“We cannot and [will] never accept this,” he said.

As an another example, the mentioned the Canners Permanent International Committee -an organization specialized in promoting canned foods which ceased to exist in 2007 – was paying students in cash to criticize Pakistan with fake news at the United Nations, even in 2020.

“All fake organizations with a hidden propaganda and fake agenda must lose their recognition from the United Nations.”

“It is my plea – The credibility of the United Nations and the European Union itself is at stake here,” Andy Vermaut said.