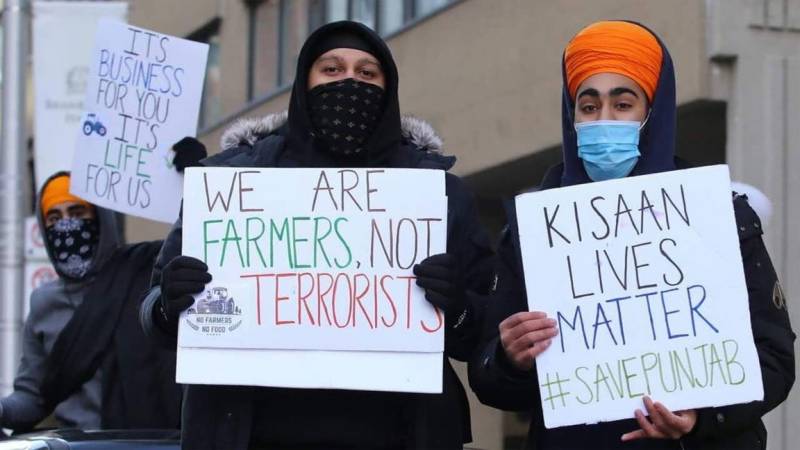 In the United States, hundreds of Sikhs staged a car rally to the Indian Embassy in Washington DC in support of farmers agitating in India against recently-enacted agricultural laws.

According to Indian media, the protestors were carrying flags of separate Sikh homeland of Khalistan with anti-India posters and banners.

They also draped Khaliustan flags over the head and face of Mahatma Gandhi's statue, displayed outside the Indian Embassy.