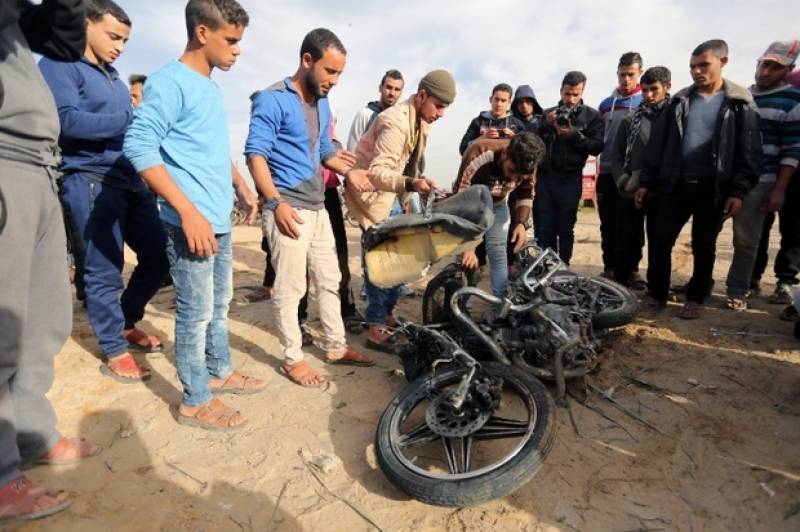 Two Palestinian were killed in an explosion in Gaza on Tuesday.

Violence along the Israel-Gaza border has flared since U.S. President Donald Trump’s recognition last week of Jerusalem as Israel’s capital and the Israeli military’s demolition on Sunday of a cross-border tunnel it said was dug by Hamas, that controls the small coastal enclave.