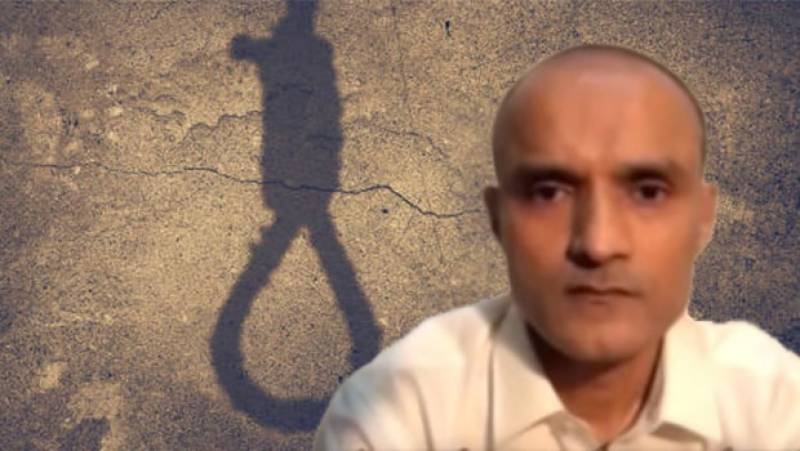 ISLAMABAD – Pakistan has prepared its reply in the case of Indian spy Kulbhushan Jadhav, who was convicted by the military courts, to submit to the International Court of Justice (ICJ).

The reply, which would be submitted to the United Nations’ judicial organ today (Wednesday), has been prepared in response to Indian arguments in the case. It would be submitted by the Foreign Office’s Director India, Fariha Bugti.

The neighbouring country had filed its pleadings in the case on September 13 and the ICJ had asked Pakistan to submit its counter-pleadings by December 13.

Local media claimed that evidence regarding the Indian spy’s involvement in anti-Pakistan activities, charge sheet and details of the Pakistani military court’s proceedings in the case have been included in the reply.

Jadhav, an agent of Indian spy agency RAW was arrested in March 2016 from Balochistan after he crossed into Pakistan from Iran.

Jadhav, an agent of India’s spy agency RAW, had been awarded death sentence by the military court in April 2017 on charges of espionage and terrorism.

Later, India took his case to International Court of Justice, which in May had halted his execution until the decision.

On December 8, Pakistan allowed Khulbhusan Jadhav, an Indian spy, to meet his wife and mother on Christmas.

A staff member from the Indian embassy will also be present during the meeting, Faisal briefed media during his weekly news briefing.

India’s Minister of External Affairs Sushma Swaraj informed the family of Jadhav about the decision. In a tweet Sushma said:

“Earlier Pakistan had agreed to give visa only to the wife of Kulbhushan Jadhav. On this we asked Pakistan to give visa to the mother as well. We also raised concern about their safety and security in Pakistan.”

Pakistan Foreign Office assured the safety and security of Jadhav’s family. Upon which Sushma tweeted:

“Pakistan has agreed to facilitate the visit of mother and wife of Kulbhushan Jadhav and assured us of their safety, security and freedom of movement in Pakistan.”