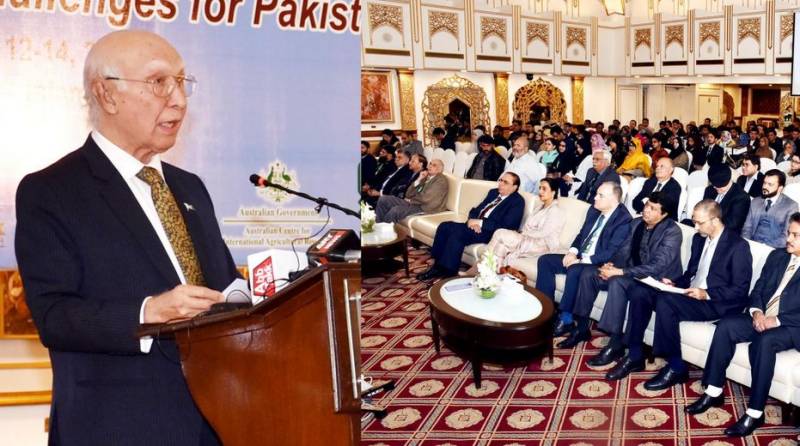 Addressing a conference in Islamabad today (Tuesday), he said international rating agencies are predicting Pakistan to emerge as one of the fast growing economies in the world in upcoming years.

Sartaj Aziz said the real GDP growth was 5.3 percent in 2016-17, which is highest in the last nine years due to improvements in energy supply and security situation.

He said Pakistan needs to reposition itself in the world economy and the country's outlook for economic growth is favorable due to CPEC investments, improved availability of energy, and growth-supporting structural reforms.

Sartaj Aziz said under CPEC, there is great potential for industrial and agricultural development as both sectors are major contributors to Pakistan’s GDP. Moreover, nine Special Economic Zones along with CPEC routes will help both sectors to increase their productivity as per their potential.

He said we need political stability, national unity and a sound macroeconomic policy framework to take full advantage of the opportunities.