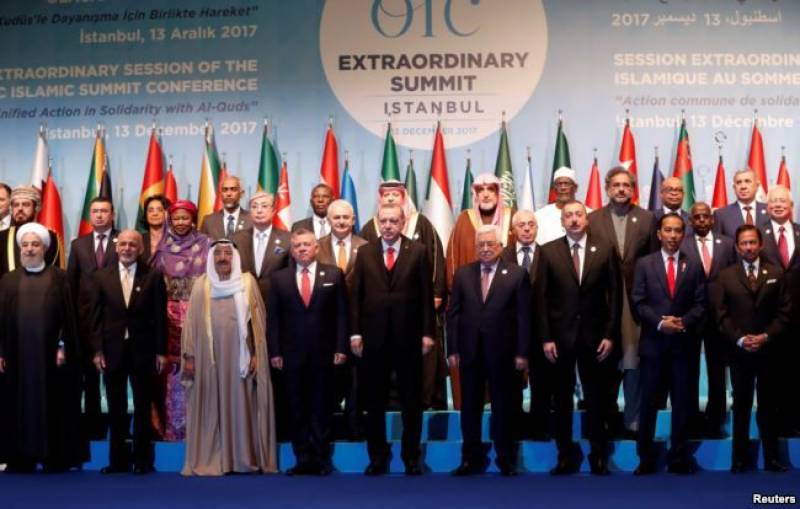 ISTANBUL: The Organisation of Islamic Cooperation (OIC) has declared East Jerusalem as the capital of Palestine, rejected the US stance as “dangerous”, and called on the international community to follow in its footsteps.
The group of Muslim leaders on Wednesday called on all countries to “recognise the State of Palestine and East Jerusalem as its occupied capital”.
In a statement, the OIC added that the 57-member group remains committed to a “just and comprehensive peace based on the two-state solution”.
It also called on the UN to “end the Israeli occupation” of Palestine and declared US President Donald Trump’s administration liable for “all the consequences of not retracting from this illegal decision”.
“[We] consider that this dangerous declaration, which aims to change the legal status of the [city], is null and void and lacks any legitimacy,” the group said.– Agencies